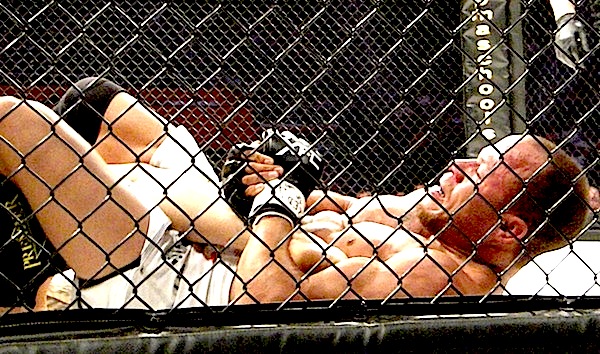 After Nick Newell announced his departure from the XFC and would not be defending his lightweight title against Scott Holtzman at XFC 24 next month, the organization scrambled to find a “worthy” replacement to bring in for an immediate title fight.

Mahlow was the XFC’s first lightweight champion and reached out to the promotion when he heard they needed an opponent for Holtzman. The 32-year-old Floridian brings a big experience advantage into the cage against the 4-0 Holtzman.

Having been fighting professionally for over a decade, Mahlow has traded blows with the likes of Antonio McKee, Mac Danzig, Mark Bocek, Jeff Curran, Rafaello Oliveira and Junior Assuncao to name just a few.

Mahlow is coming off a first round TKO loss to Charles “Krazy Horse” Bennett (26-28) at Art of Fighting 15 in May of last year. Just prior to that he won a unanimous decision over Bruce Connors (8-5) at XFC 14 in October 2011. Mahlow is 3-3 in his last six outings.

Undoubtedly the XFC was bombarded with potential replacements they could have brought in for Holtzman, but XFC President John Prisco explained his decision to go with Mahlow:

“It just felt right. I went through all the emails and phone calls that were coming in asking for the shot at Holtzman and this title, and I kept going back to one guy, actually the first guy that reached out to me, John Mahlow. It just seemed fitting. If Scott Holtzman wants to be the future of this division, then why not fight the man who first held the belt? This is a tough fight for Scott. Mahlow has 26 professional bouts to his name. He has fought some of the best in the business and been through wars. He’s back and better than ever from an injury that took him out of the game for a while, and he is ready to go. Scott is still young in this sport, but he’s hungry and talented, a dangerous combination. I’ve never seen anyone as focused as Scott Holtzman is right now, the guy is on a mission. This is going to be an interesting fight. Scott’s rough, ground and pound style versus John’s slick submissions…I honestly don’t know how this one is going to turn out, but I am excited to get a Champion crowned and continue our promotions Lightweight chase.”