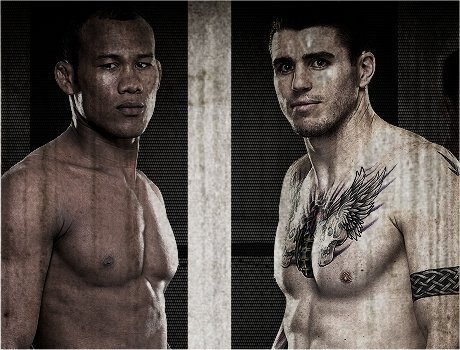 So much for UFC jitters.

Ronaldo “Jacare” Souza showed the UFC faithful what one of the best submission artists in the world looks like with his systematic decimation of Chris Camozzi on the ground, earning a first-round submission via arm triangle.

Souza showed that he is far from a one trick pony, as he landed his powerful right hands on several occasions to start the bout. The third one staggered Chris Camozzi and it would prove to be the beginning of the end for the streaking fighter. Once Souza got the fight to the floor, he employed his world class guard pass game to work to side control. Camozzi defended well to start, but Souza kept working, using an omoplata to reverse positions after a scramble. Souza then moved to full mount and immediately into a tight arm triangle choke that left Camozzi unconscious on the mat at the 3:37 mark.