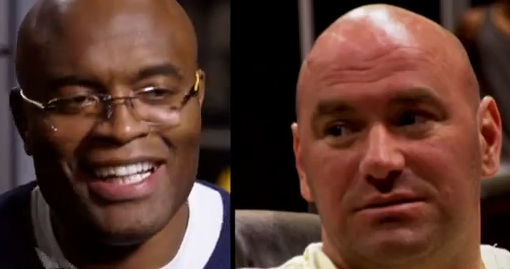 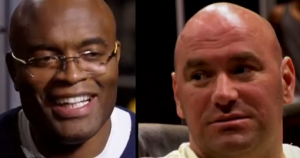 Among the topics discussed, Silva opens up about his incredible nearly seven year reign as champion:

Silva talks about what his success means to him and the growing level of competition in the UFC:

“I train more. It’s not easy. Rich Franklin is good. Chael Sonnen is good. Dan Henderson, for a long time, was the best. These guys are the best in the world. This is my time. One day comes when another guy is the best in the world. I’ve trained for a long time. Maybe god has the big plans for me because I talk to kids and they talk to me. I have a chance to change a lot of kid’s lives. This is more important for me. God has given me the chance to change the lives of a lot of people.”

Silva also discusses how people need to respect the sport of MMA more, the secret to his success, why the Nogueira brothers mean so much to him, his sense of humor and his legacy in MMA.

Take a look at the preview below as Anderson talks about his relationship with Dana White, admitting they have their problems but he loves him: