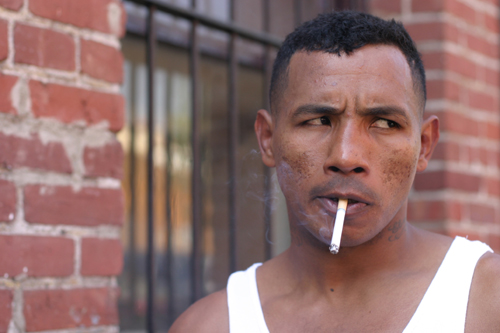 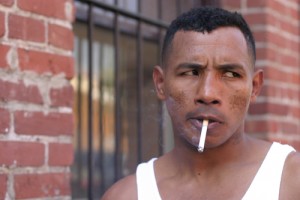 You might recognize him as the cigarette smoking boxer. There has long been talk of former WBA/WBC welterweight champion and former WBC light middleweight champion Ricardo Mayorga (29-8, 1 NC – 23 KOs) of fighting in MMA. Mayorga finally did just that on May 3 when he faced one Wesley Tiffer (0-2) at “Omega MMA 8: Battle of the Americas” in Mayorga’s hometown of Managua, Nicaragua.

We saw what happened when James Toney made his MMA debut against Randy Couture. We saw what happened when Royce Gracie fought Art Jimmerson. The boxer vs. MMA fighter argument appeared to have been settled long ago. But maybe Mayorga is the exception, because he is able to power out of several submission moves and go two full rounds before putting a knee to the spine of Tiffer and ending the fight.

Is Mayorga the exception? Was Tiffer just not that good? Or was there something else going on here, because that is one bizarre ending. You be the judge and let us know what you think.