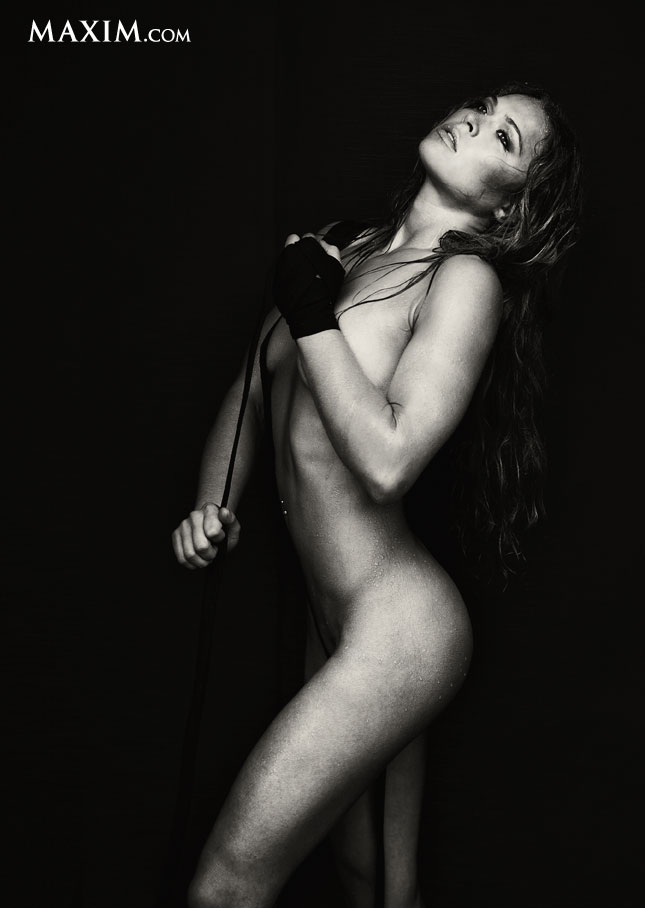 [ads2][ads1]Ronda Rousey has been named No. 29 on Maxim magazine’s “Hot 100” list of the 100 sexiest women in the world. Personally, I would have her at least top 10, if not top 5, but I’m admittedly a bit biased since I’ve been studying her every move since she was dishing out doctor’s visits and arm slings at Tuff-N-Uff.

I know Momma Rousey (Dr. Ann Maria DeMars), wasn’t too thrilled about her daughter taking off her clothes for the ESPN body issue, so at least she is wearing a hand wrap here Mom!

The UFC women’s bantamweight champ single-armedly changed UFC President Dana White’s mind about bringing in a women’s division to the UFC. That in itself is a remarkable achievement. Nevermind the fact she’s an Olympic bronze medalist and has finished every single opponent in the first round.

Look — there’s more to being sexy than looks — and she has that, but she also has attitude, personality and insane athleticism. Maxim hasn’t released the full list of their 100 sexiest women yet, but I’m hard-pressed to think of five women sexier than Ronda Rousey, much less 28.

1 thought on “Photo of the day: Ronda Rousey takes it off for Maxim”