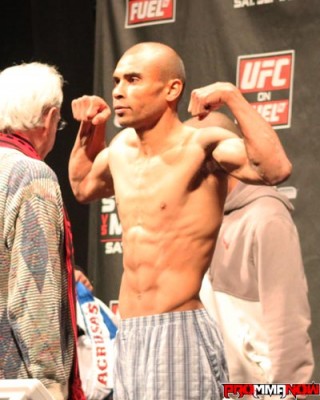 Peralta (16-4) lost a a unanimous decision to Akira Corassani on the FUEL TV portion of the card. Peralta’s suspension will be retroactive to the event, meaning he’ll be eligible to return to action in October provided he pass a drug test and attend rehabilitation classes.

The UFC issued a statement on the matter:

“The UFC organization has a strict, consistent policy against the use of any illegal and/or performance-enhancing drugs, stimulants or masking agents.”

Stay tuned to ProMMANow.com for more UFC news and coverage.