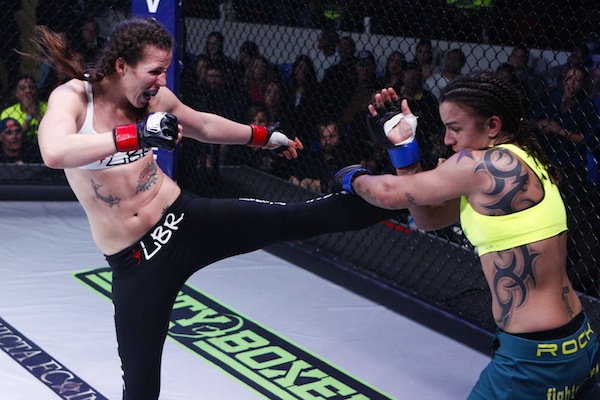 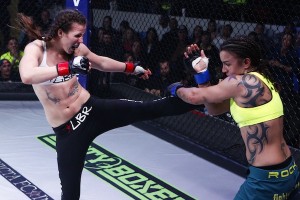 Leslie “The Peacemaker” Smith (5-3-1) has signed a new, multi-fight agreement with the Invicta FC all women’s MMA promotion and will drop from bantamweight (135 pounds) to flyweight (125 pounds) and challenge Jennifer Maia (7-2) at Ameristar Casino Hotel Kansas City on Saturday, July 13.

The winner of the Invicta FC 6 matchup between Smith and Maia will be awarded a title shot against newly crowned Invicta FC World Flyweight Champion Barb Honchak (8-2).

“We are excited to bring Leslie under the Invicta Fighting Championships umbrella for the long-term and to watch her compete in a new weight class that is becoming super competitive in our promotion,” said Invicta FC President Shannon Knapp.  “Since we launched our live event series last year, Leslie has demonstrated incredible tenacity and athleticism by putting on some of the most memorable fights in our cage.  She is a true warrior as is her opponent Jennifer Maia, so we are looking forward to an explosive matchup between two of the sport’s stars on what will be Invicta FC’s biggest fight card to date.”