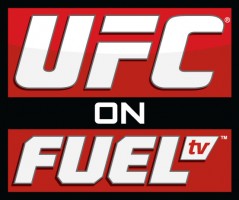 On this evening’s episode of UFC TONIGHT on FUEL TV the enigmatic Chael Sonnen is back in the studio for hosting duties alongside Kenny Florian. Now that a few days have passed and the dust has settled Sonnen will reflect on his main event title fight with Jon Jones which took place over the weekend at UFC 159 and fans will find out if Mr. Sonnen has made a decision about his future inside the Octagon.

Immediately following UFC TONIGHT, on a brand new episode of UFC ULTIMATE INSIDER, host Jon Anik takes a look back at the UFC on FOX 7 card in San Jose with never before seen footage from behind-the-scenes.

Also, The Ultimate Fighter season 17 winner Kelvin Gastelum joins Jon Anik in studio for an exclusive one-on-one interview. Plus, UFC cutman Rudy Hernandez shares some of his favorite stories of tending to fighters over the years.
[ads2]
[ads1]