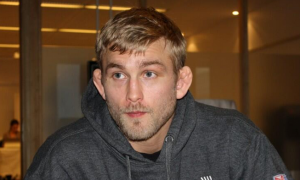 However, he suffered a compound fracture of one of his big toes during the bout which will keep him on the shelf for a while.

The broken toe will probably serve as a blessing in disguise for the UFC light heavyweight division.

There are no clear challengers for Jones at the moment. He has already beaten Lyoto Machida, and Alexander Gustafsson probably needs another win before being able to challenge for the title. However, Jones stated after his win over Sonnen that he wants to face Gustafsson in his next fight. Dan Henderson will be fighting Rashad Evans in his next bout, but few believe Henderson has a shot against Jones. Evans will likely beat him, and well, Jones has already beaten Evans.

The injury will likely let the division sort itself out a bit and allow a true contender to emerge. A potential fight between Alexander Gustafsson and Lyoto Machida would probably offer the best number one contender, especially if Gustafssson would be able to get past Machida. Phil Davis is a darkhorse candidate and won impressively at UFC 159 against Vinny Magalhaes, and the injury could allow him to get another fight in and help him improve his stock.

Who would you like to see Jon Jones face once he returns from the broken toe injury? Would you be interested in a Machida/Jones rematch if Machida were to face Gustafsson and defeat him? How many more wins does Phil Davis need before you’d believe he poses a significant threat to Jon Jones? What about Glover Teixeira who will face James Te Huna at UFC 160? What about Dan Henderson or a Rashad Evans rematch?