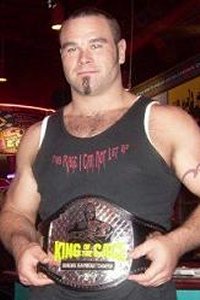 The Aggression Fighting Championships has added more star power to an already stacked card that will showcase Edmonton’s prodigal son Ryan “The Real Deal” Ford fighting the winner of TUF season 16 semi-finalist Michael Hill versus top 10 Welterweight Joel Powell in a bout taking place May 19 in Victoria at AFC 18. As well a second title fight with arguably the two best Lightweight strikers in the country with Shane “Shaolin” Campbell defending his title against Jesse “The Body Snatcher” Ronson in what has the early makings to be a fight of the year candidate.

The Shaw Conference Centre in Edmonton Alberta will now play host to a very intriguing  matchup where Edmonton’s own and 5x UFC vet Tim “The Thrashing Machine” Hague will make his return to the Aggression cage where he’s a perfect 3-0. Hague will stare across the cage at another 5x UFC veteran in Kalib Starnes. In his last AFC fight we saw Starnes headline AFC 11 in Winnipeg versus Joe Doerksen in a fight of the night performance. Starnes will come into this fight weighing 225-230lbs and will be relying on his speed out match Hague’s power.

When Hague was asked about his return he had this to say, “I have a high amount of respect for the AFC and its owners. I am very happy to be back and build on my perfect 3-0 record in AFC.   In my fight with Kalib fans can expect me to knock him out. Fighting is my livelihood, and the way I see it, Kalib is trying to take food off of my sons plate. So for now, I respect Kalib as a man and fighter, but until we are done doing business in the cage, I don’t {explitive}ing like him. So he’s going to get knocked out.”

Rounding out the main card will be a heavily anticipated bout with the return of Dwayne “D-Bomb” Lewis rolling into town with his Lewis Army to take on UFC veteran Victor Valimaki. In addition Stephen “Big Bad” Beaumont looks to take a step closer to recapturing AFC Lightweight gold when he looks to take out a top prospect in Brandt Dewsbery.

This event is shaping up to be Edmonton’s biggest fight card to date. Tickets are available online through TNTtickets.ca or by calling 780-426-SOLD