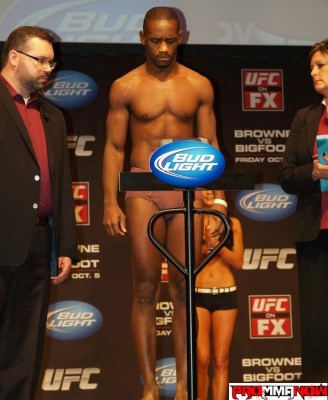 UFC on FOX 8 does not yet have a confirmed headliner, but Jake Ellenberger is scheduled to face Rory MacDonald in a welterweight matchup. The main card will air LIVE on FOX with the prelims expected to air on FX/Fuel TV and Facebook.

Yves Edwards last fought at UFC 156 in February, where he dropped a split decision loss against Isaac Vallie-Flagg. Prior to that he scored a first round KO victory over Jeremy Stephens at UFC on FOX 7 in December 2012. That win followed a loss to Tony Ferguson at The Ultimate Fighter 14 Finale in December 2011. Yves now has the chance to bounce back into the win column once again with a good performance against Fisher.

Stay close to ProMMAnow (www.prommanow.com) for all the latest UFC on FOX 8 news.