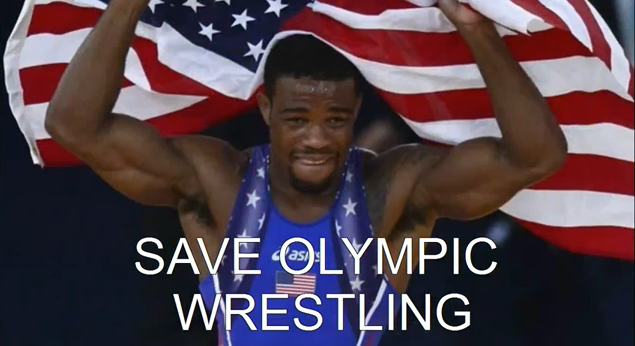 The Committee to Preserve Olympic Wrestling (CPOW) and USA Wrestling are working with no less than 20 state governments in the United States to pass a series of resolutions asking the International Olympic Committee (IOC) to reconsider its recommendation to drop wrestling from the 2020 Olympic Games. This is the latest in a series of unprecedented moves by officials around the world to voice support for the re-institution of the sport to The Games.

Each resolution cites the strong ties of each state to the sport, makes note of the United States as a major contender and international player in the diplomacy of sport. These resolutions are being passed and signed as officials from various nations around the world issue similar announcements of opposition to their ruling.
In addition to the State proclamations, last month The U.S. Senate passed legislation urging the International Olympic Committee (IOC) to reverse its decision to eliminate wrestling from the Olympic Games beginning in 2020. The bipartisan resolution, introduced by U.S. Sen. Sherrod Brown (D-OH), cleared the Senate on March 25. The resolution was cosponsored by Chuck Grassley (R-IA), Al Franken (D-MN), Bob Casey (D-PA), Tom Harkin (D-IA), James Inhofe (R-OK), Carl Levin (D-MI), Lisa Murkowski (R-AK), and Roy Blunt (R-MO). Fellow Ohioan, U.S. Rep. Jim Jordan (OH-04), also introduced a companion resolution in the U.S. House of Representatives.
“The overwhelming support of these state governments across the country has been tremendous for our cause,” said Bill Scherr, CPOW Chairman, Olympic medalist and World Champion. “It really is a great example of how deep the support from our country is, and we really appreciate the government officials taking this step.”
To date, five states have already passed resolutions, Kentucky, California, Minnesota, Indiana, and Pennsylvania. In the near future approximately 18 states will be passing resolutions of their own, with more states confirming for next month.  Each state has been making the announcement in conjunction with prominent wrestlers from a variety of levels (high school to Olympians) from their home state.
Here is an overview of the states, government officials and wrestlers involved:
·  Pennsylvania (April 15): Senator Bob Robbins, Rep. Brandan Neuman and Pennsylvania wrestling legends Cael Sanderson, Jake Herbert, Rob Eiter, Greg Strobel, and Pat Santoro
·  Kentucky (April 3) : Representative Steve Riggs, All-American and KY native Kyle Ruschell, USAW State Chair Steve Smith, and KY high school coach Tim Ruschell.
· Minnesota (April 4): State Representatives Bob Dettmer, Speaker of the House Paul Thissen and Erin Murphy
· California (April 9): Senator Lou Correa, three-time National Champion Steven Abas, and high school national champion twin sisters Marina and Regina Doi.
Additional states with resolutions in process:
·         Nebraska, Montana, Wisconsin, Illinois, Virginia, Oklahoma, Kansas, South Carolina, Georgia, and Alabama
The official website is http://www.KeepWrestlingInTheOlympics.com. You can find the official Facebook page at https://www.facebook.com/officialkeepwrestlingintheolympics. The official Twitter location is @wrestlingvision.
The international links for FILA are http://www.fila-official.com/, on Facebook at http://www.facebook.com/fila.official and on Twitter @FILA_Official.
In addition to the efforts in the United States, senior leadership from Russia, Kuwait, India, Iran, Japan, Greece, Canada and a host of other countries have issued similar decrees to help overturn the decision.