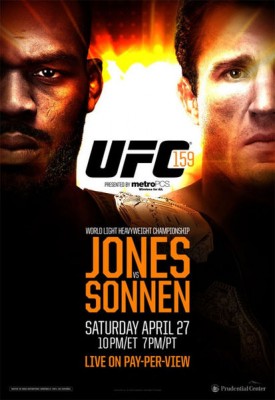 The event will take place on April 27 at the Prudential Center in Newark, New Jersey.

The co-main event will be a middleweight bout between Michael Bisping and Alan Belcher. The fight has some bad blood building between the two fighters with Belcher even challenging Bisping to a tattoo bet of sorts via Twitter. Also, heavyweights Roy Nelson and Cheick Kongo will square off in a fight that most likely will most likely not need the judges in the end.

Stay tuned to ProMMAnow.com for more UFC 159 news and coverage in the coming week.