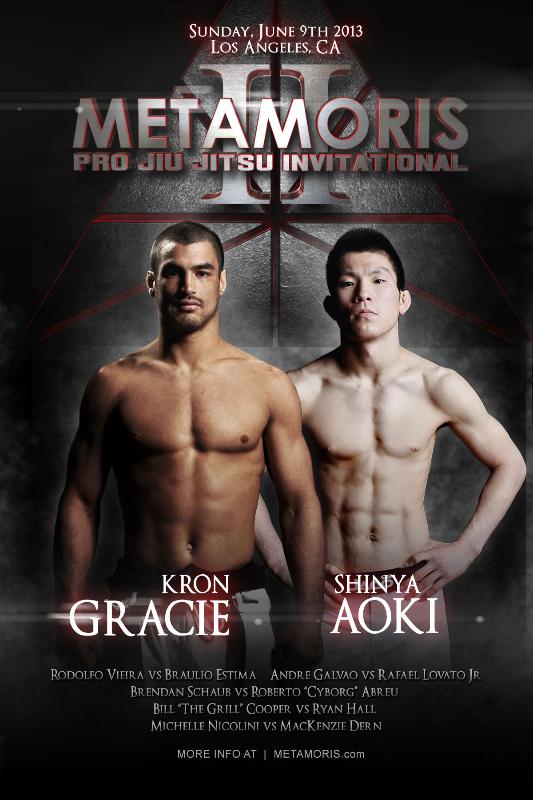 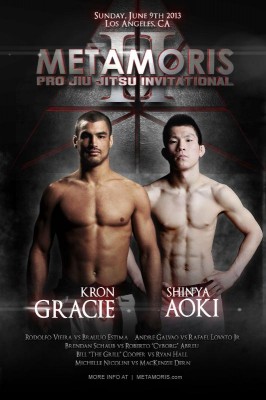 Metamoris founder Ralek Gracie has announced the Metamoris Pro Jiu Jitsu Invitational II will be held on June 9 at the historic Pauley Pavilion in Los Angeles and will broadcast online via HD live stream.

Metamoris II will feature six matches that includes some of the world’s top BJJ players. Each match will consist of a single 20-minute round with no points which is meant to encourage the competitors to seek submissions. However, with the addition of judges, unlike last year, there will be no draws.

“Jiu Jitsu tournaments have devolved, especially at the elite level, to a game based on who can score points with a sweep or dominant position in the last few seconds of a match to win. I founded Metamoris to create a tournament where submissions are the only goal, not points. With the introduction of judges, we will avoid draws. Someone in a fight is always sharper. And now, the fighter who controls the bout with technique, the fighter who shows more varied and frequent submission acquisition, will get his hand raised.”

Metamoris Pro Jiu Jitsu Invitational II will stream live via online pay-per-view for $19.95 at www.metamoris.com. “Our production is second-to-none,” said Gracie. “We employ a multi-camera format to deliver the action at all angles accompanied by an experienced commentary team calling the action.”

Starting April 22 tickets will be available through www.ticketmaster.com.

Be sure to check out the Metamoris I videos as well as our exclusive interviews from the event.
[ads2]
[ads1]