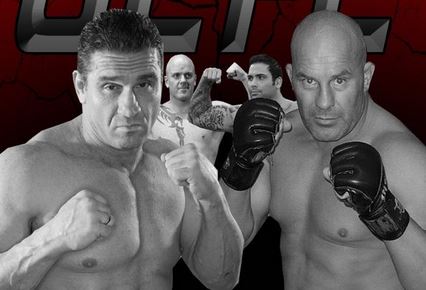 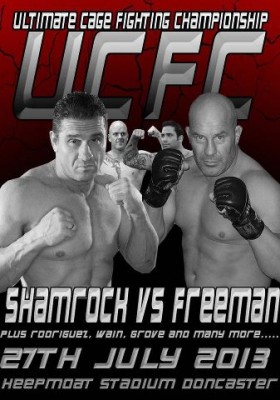 UFC Hall of Famer Ken Shamrock (28-15-2) makes his return to MMA action as he faces fellow veteran Ian Freeman (17-7-1). The two men will meet at Ultimate Cage Fighting Championships, which takes place at Keepmoat Stadium in Doncaster, England on July 27.

Tickets are now on sale and start from £50. For further details on the event and how you can purchase tickets please visit: www.ucfc.tv

Ken Shamrock last fought at a “King of the Cage” event in November 2010, where he dropped a first round TKO loss against Mike Bourke. Prior to that he scored a unanimous decision victory over Johnathan Ivey at “USA MMA: Return of the Champions” in October 2010, which followed a first round TKO loss against Pedro Rizzo at Impact FC 2 in July 2010. After more then two years away from MMA competition it will be interesting to see how 49-year-old Shamrock performs against Freeman.

Ian Freeman is currently riding a two fight winning streak, most recently defeating Paul Cahoon via unanimous decision at Cage Rage 26 in May 2008. Prior to that he scored a unanimous decision victory over Mark Epstein at Cage Rage 18 in September 2006. Freeman’s most recent loss was against Melvin Manhoef at Cage Rage 17 in July 2006, where he was the victim of a first round KO. Ian will no doubt look to score a big win over Shamrock after more then five years away from competitive Mixed Martial Arts action.