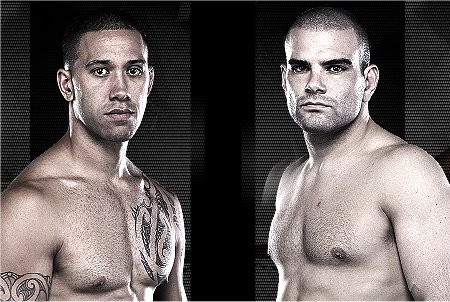 The last pick of this season’s The Ultimate Fighter, earned his first win in the UFC with an impressive TKO victory over fellow cast member Jimmy Quinlan at 3:22 of the opening round.

Jimmy Quinlan immediately took the center of the octagon, double jabbed his way inside and put Dylan Andrews on the mat. Andrews was able to get back to his feet and the bout stalled on the cage as Quinlan refused to give up on the takedown. Quinlan was able to secure one more takedown, landing in side control, Andrews managed to get back to his feet to set up the beginning of the end for his opponent.

Andrews caught Quinlan wading into dangerous waters and unleashed a clipping right hand that dropped Quinlan where he stood. A flurry of right hands later forced the referee to step in and intervene.