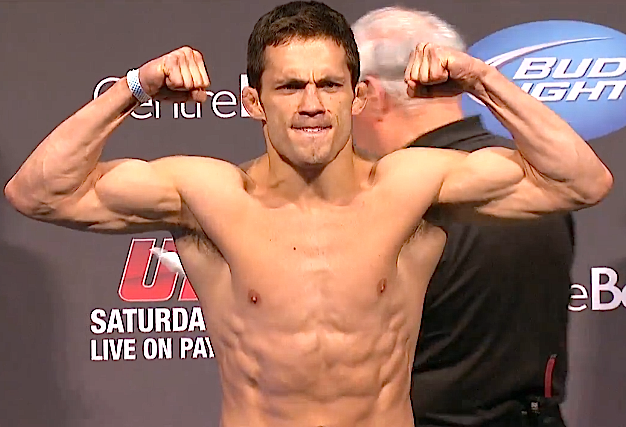 UFC officials have confirmed that welterweight’s Rory MacDonald and Jake Ellenberger will fight one another at the upcoming UFC on FOX 8 event on July 27.

The event will take place at the KeyArena in Seattle, Washington and will air on FOX.

MacDonald (14-1) is coming off his one sided beatdown of BJ Penn at the UFC on FOX 5 event in December 2012. MacDonald was scheduled to face former UFC interim welterweight champion Carlos Condit at UFC 158, but had to withdraw from the fight due to a cut sustained in training. Condit is the only fighter to defeat MacDonald as the two fought back at UFC 115 with Condit winning via TKO in the final seconds of the fight.

Ellenberger (29-6) is coming off a first round KO win over Nate Marquardt at UFC 158. Ellenberger has won back-to-back fights since losing to Martin Kampmann at the TUF 15 Finale in June 2012.

This fight has potential title implications depending on when UFC welterweight champion Georges St-Pierre and Johny Hendricks square off later this year.