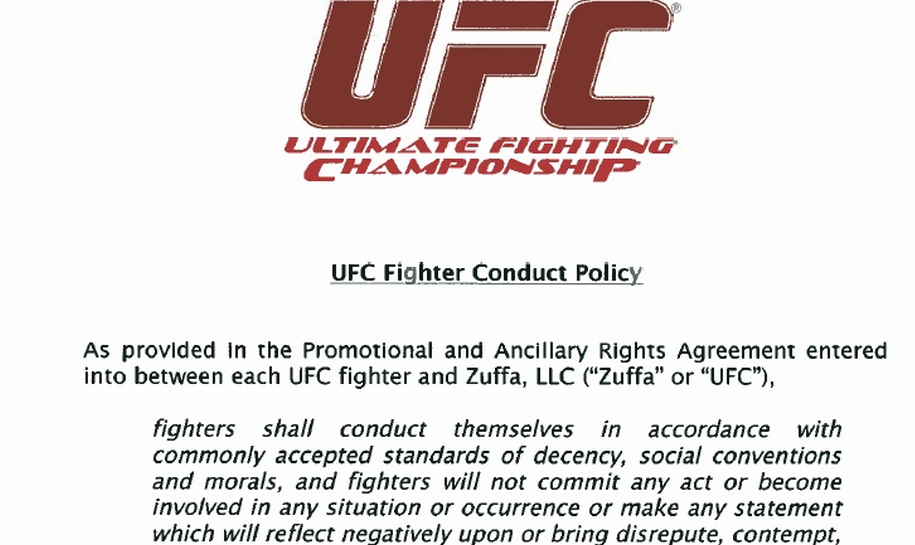 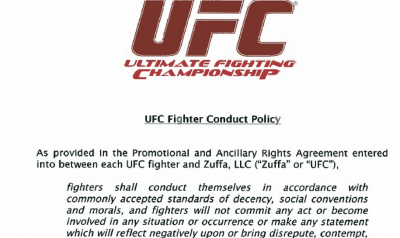 Following the suspension of heavyweight Matt Mitrione due to his inflammatory remarks about transgender fighter Fallon Fox, the UFC has publicly released the organization’s official Code of Conduct. Mitrione was suspended indefinitely earlier in the week after referring to Fox, a post-op male to female transgender fighter, as a “sick, sociopathic, disgusting freak.” The move to make the code publicly available comes after a calendar year that has already seen a bevy of conduct related suspensions levied against fighters on the UFC’s roster, many of which, to outside observers, have appeared disproportionate to the offenses committed.

According to section two of the code, “derogatory or offensive conduct, including without limitation insulting language, symbols, or actions about a person’s ethnic background, heritage, color, race, national origin, age, religion, disability, gender, or sexual orientation” constitutes conduct worthy of disciplinary action. Ideally, the release of the text of the Code of Conduct will bring clarity as to why Mitrione, and other fighters punished for their remarks outside of the Octagon have found themselves on the receiving end of disciplinary sanctions. The full document, which outlines the expectations for fighter conduct both personally and professionally is available for review here.