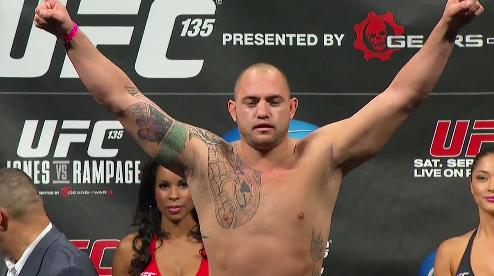 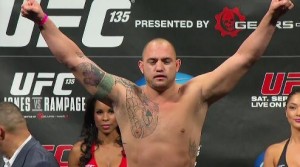 MMA Tonight welcomed UFC heavyweight Travis Browne to the show this week to discuss his upcoming bout with longtime UFC veteran Gabriel Gonzaga which will take place this Saturday, April 13, at the TUF 17 Finale in Las Vegas.

Browne talked about his mindset going into the fight and how he feels he matches up with Gonzaga. He also discussed how he dealt with his first professional loss in his last outing and why this fight is so important:

“Coming off this loss I really have something to prove, not to everybody else but to myself, knowing that that’s a fluke and that my train has been derailed only because my body gave out. Even with the torn hamstring I saw things coming, I just couldn’t react. What are you going to do, you have one wheel? Try to ride a motorcycle with one wheel, good luck with that, you know.”

Browne also talked about whether or not he would support his kids if they wanted to be MMA fighters, dealing with the fame and notoriety that comes with headlining UFC shows, why he hopes Antonio “Bigfoot” Silva defeats Cain Velasquez for the heavyweight title, why he doesn’t like watching his own fights, how he feels about Twitter tough guys — one in particular who used to fight for Strikeforce — and much more.

In addition to talking with Browne the guys discussed the TUF 17 Finale card, recent MMA news, the UFC on Fuel 9 card and more.