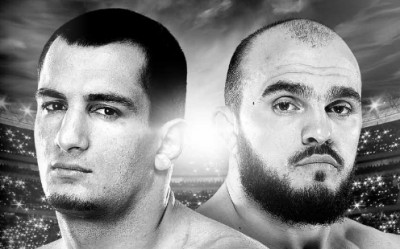 After suffering adversity in round one including what appeared to be a knee injury due to a judo throw from Michael Kuiper, Tom Lawlor was able to counter the attack of Kuiper in round two by jumping on a  fight-ending guillotine.

Conor McGregor could win KO of the Night for his first round TKO win over Marcus Brimage. Brimage came out fast and furious throwing heat, but McGregor stayed calm and used his exceptional boxing combinations to stop Brimage in just over a minute.

Adlan Amagov had a body lock on Chris Spang from the back and was landing head kicks. Never seen that in my life. Amagov threw a large variety of techniques and showed a really great well-rounded game. Keep an eye on Amagov.

After nearly getting knocked unconscious in round one with a head kick, Reza Madadi rallied, used his wrestling and ground game and ultimately submitted Michael Johnson in round three. Awesome comeback win.

Round 2 – Leg kick from Peralta, Akira catches it and gives a counter right. They trade leg kicks. Two more from Akira. Peralta with a body kick, Akira catches it and lands a counter right. Big right to the body from Peralta, he shoots in. Akira defends it. Peralta presses him to the cage. Thai plum and knees from Akira. Peralta backs him off with punches. Leg kick inside from Akira. Again. Right from Peralta. They trade big left hands. Peralta rocks Akira with a big punch, wobbles, he rushes in for the finish as it goes to the ground but Akira gets back to his feet, clinched against the cage. They trade knees. 1:30 to go.  Akira drops down for a single, switches to a double but Peralta stands firm. Akira backs up and lands a huge overhand right that lands behind the ear and rocks Peralta. A big left from Akira, leg kick. Leg kick from Peralta before the bell. Great round. PMN sees it 10-9 for Akira.

Round 3 – Touch gloves. Right counter from Peralta, left uppercut, spinning backfist. Akira comes forward, leg kick. Leg kick from Peralta. Overhand right. Right to the body. Clinch, takedown from Akira, inside full guard. Peralta looking for a kimura. Lets it go and gets to his feet. Body lock takedown from Akira but Peralta gets up only to get immediately tripped back to the ground. Akira hanging on with top control in half guard. Peralta using a half butterfly guard with his head against the cage. He gets up as Akira holds a body lock from behind. Peralta turns around, lands a short elbow. Two knees from Peralta as he presses Akira to the cage. Akira turns him around, Peralta turns him around, lands a few knees to the thigh. Knee from Akira. Nice left hands in the clinch from Peralta. Akira’s head bleeding, likely from a headbutt. They struggle in the clinch, knee to the face from Peralta but slips to his back. Akira on top in half guard. PMN sees it 10-9 for Akira and 30-27 for Akira. Akira said after the fight that Peralta is his idol because he works a full time job, has two kids and is fighting in the UFC.

Round 2 – Overhand right from Easton. Leg kick. Easton shoots, stuffed, lands a knee. Overhand right from Pickett. Head kick from Easton, blocked. Pickett shoots, throws Pickett aside. Thai plum, sweep from Easton. Showing great strength. Leg kick from Easton. Body punch from Pickett. Left hook from Easton. Front kick. Nice stiff jab from Pickett. Right hand from Easton, Pickett gets the takedown but Easton immediately pops up. You don’t even see Easton hardly ever getting taken down. So it’s not surprising he can’t be held there. Pickett with a body lock, slam, but Easton pops right up again. Clinched against the cage, knee to face from Easton. Pickett fires off some punches and Easton puts him on his back with 1:30 left in the round. Easton passes to half guard. Looking for a kimura. Pickett gets to his feet. Front kick Easton. Jab from Pickett, he shoots, stuffed. Right from Easton, backs him up, right left, drops levels with half a minute to go. They trade big combinations in close quarters with each man landing big shots, including a couple nice elbows from Pickett. Exciting close round, I’ll give the edge to Pickett although it could easily go either way.

Round 3 – Left hook, side kick  from Easton. Spinning back kick from Easton. Knee to body from Easton. Body lock takedown from Easton, goes for mount but Pickett reverses and ends up inside Easton’s full guard. Body shots from Pickett, small hammerfists to the head. Small elbows from Pickett. Pickett moves to half guard. Not sure why Easton is trying to play this bottom game. His corner is yelling at him to get up. He gets to his knees and feet. Body lock from behind, big slam from Pickett. Easton gets to his knees as Pickett looks for a guillotine, Easton escapes. Pickett holding his neck right now as Easton is on all fours. Easton stands and they get back to the boxing with under a minute to go. Knee from Pickett as Easton shoots in. Nice right from Easton, one two. Right hand, and they slug it out until the bell. PMN sees the round 10-9 and 29-28 for Pickett. Fight of the night so far.

Round 1 – De Fries shoots, stuffed. Tries to shoot again and Mitrione stuffs it, pushes him over to his back and lands several quick punches that knock De Fries unconscious. Almost too easy. Either De Fries has almost no beard or Mitrione has huge power, because the punches didn’t even look that big.

Mitrione uses Chris Lytle to translate his quick speaking English to regular speed English for his post-fight interview. He also says he brought a fat buddy with him and if anyone slaps him in the mouth they’ll win a free beer.

Round 2 – Left hand from Pearson. Right hook Pearson. Body kick from Couture. Pearson hunting. Right from Couture, left hook from Pearson. Couture clinches him up against the cage. Body shots from Pearson. Nice knee and right hand from Couture, front kick to the body. He backs up. Side kick to the body. Right to the body, right to the face as Couture retreats. Left hand from Pearson. Couture shoots, stuffed, lands a knee to the body before retreating. Nice movement, right hand from Couture. Leg kick, jab. Left hook from Pearson. Body shot from Pearson. Pearson catches a leg and dumps Couture to the ground.  As he gets up Pearson lands a huge body kick followed up by big punches. Couture retreats and circles to his right just in time to meet the powerful left hook of Pearson that lands on the chin and drops Couture hard. Pearson follows up with heavy shots and the ref stops it. This was a huge fight for Couture, absolutely the biggest and toughest of his career and some maybe thought this was a little too early in his career to fight someone like Pearson. Not to mention it was his UFC debut and a co-main event. Hopefully Ryan can learn from this and come back stronger. One thing that was noticeable was the thickness, the size difference that Pearson had. Peason did say before the fight he thought Couture was out of his league here and there may have been some truth there. May have been too soon.

Pearson said afterward he thinks he broke his foot warming up in the back before the fight.

Latifi took this fight on Tuesday! How sick is that? Latifi walks out to the Rocky theme. Very appropriate. It’s very rare to see two fighters making their UFC debuts in the main event. For Mousasi, well, he deserves it. As for Latifi, well, he got a huge opportunity. Can he take advantage of it?

Round 3 – Latifi breathing very hard between rounds. His corner tells him he’s lost the first two rounds. Touch gloves. Nice leg kick from Latifi. Leg kick Mousasi and keeping perfect range. Jab from Mousasi. Spin kick to the head from Latifi misses. Leg kick. Nice one two from Mousasi. Left jab. Leg kick Latifi. Right from Mousasi and Latifi’s face getting very busted up now. Mousasi turning it up now, more jabs more often. Leg kick. Right hand. Leg kick. Latifi breathing hard with his mouth open. Nice one two from Latifi. Nice right jab after switching stances. Jab from Mousasi, another. Another. One two. Big leg kick from Latifi. Jab from Mousasi, then a right. One two, one. One and Latifi continues to circle and retreat after each time he eats one or two. Latifi catches a kick and dumps Mousasi with under 20 seconds to go. Latifi postures up with ground and pound. He takes a big up kick from Mousasi, then dives in with a punch and passes to side control after the bell. PMN has it 10-9 and 30-27 for Mousasi. Solid performance against a dangerous opponent on very short notice opponent change.

Mousasi said he got injured in camp and had a cold coming in. He said some people lay and pray and feels like he may have done a little bit of that standing up. He still hopes for a fight with Alexander Gustafsson.
[ads1]