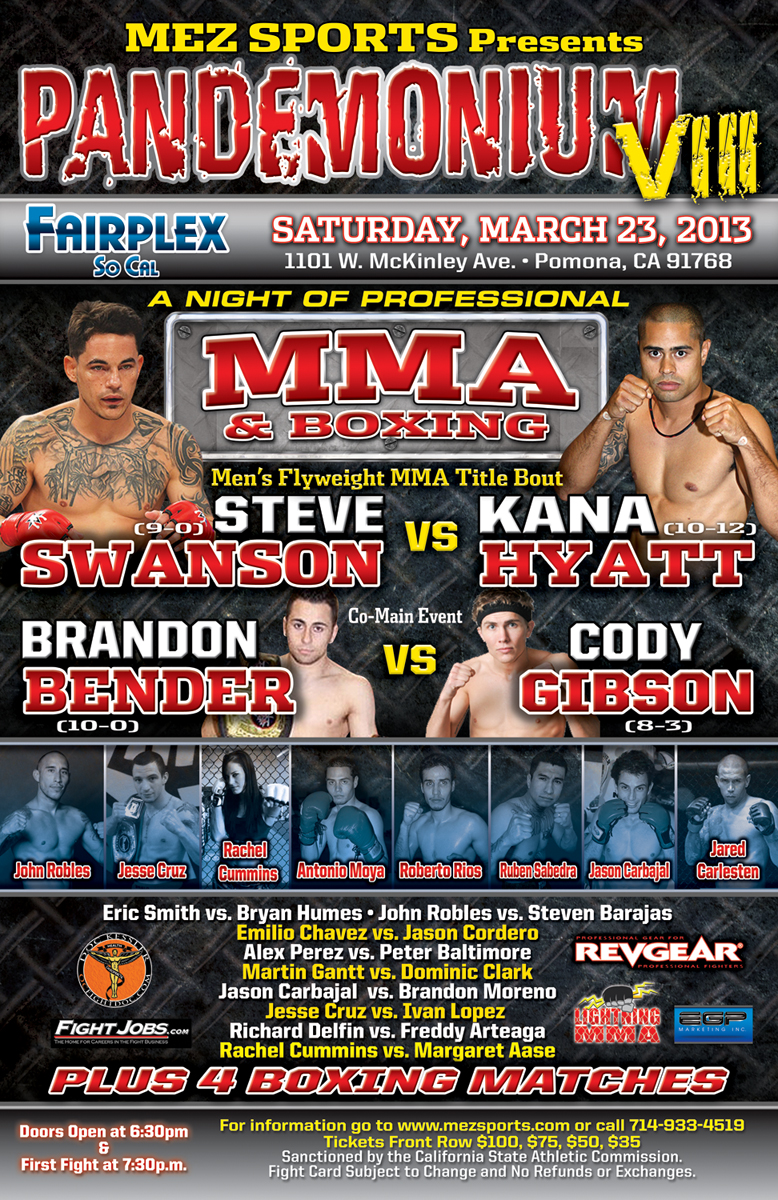 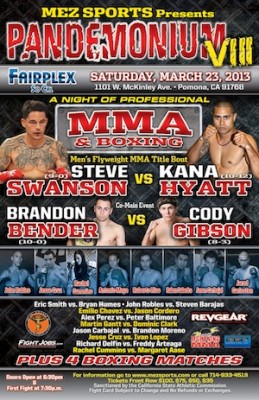 It appeared Swanson had things under control as he took the first round, but Hyatt came back and rallied in round two. As the third round got underway Swanson rocked Hyatt with big punches and it looked as though he was almost out on his feet and another punch or two would end it, but Swanson inexplicably took Hyatt down.

With under two minutes remaining in the bout Hyatt locked up a triangle and moments later Swanson tapped out. It was absolutely one of the best fights of the year, and commentator Javier Vasquez described it as probably the best fight he had ever called. It was an amazing display of heart, that indomitable Hawaiian spirit and everything that makes MMA great.

The co-main event saw two of California’s top 135-pound up-and-comers John Robles and Steven Barajas go at it, ending with Robles brutally stopping Barajas with elbows 4:19 into the first round. It was a great night of action and the full video replay is now available for your viewing pleasure (see below).

The complete PANDEMONIUM VIII fight card results are as follows:

Stay tuned to ProMMAnow.com for upcoming announcements regarding PANDEMONIUM’s next event. These guys are doing big things and are picking up where Tachi Palace left off with the lighter weight classes, including signing former Tachi two-division champ and UFC vet Ulysses Gomez, who will appear on PANDEMONIUM’s next fight card.

MEZ Sports PANDEMONIUM FIGHTS promoter Craig Zimmerman will appear on tonight’s episode of Pro MMA Now Radio to recap the event — and a couple of fighters may call in as well, so tune in for that.
[ads1]