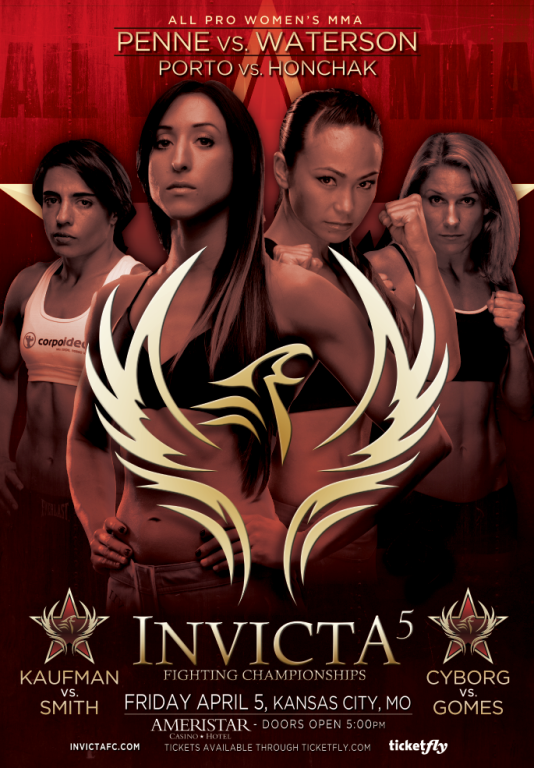 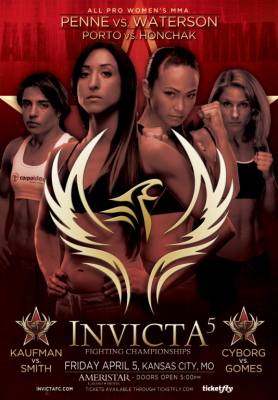 The Invicta FC all women’s promotion will be offering their fifth event on Friday, April 5 in Kansas City, Missouri. The card will be headlined by the Invicta FC atomweight champion Jessica Penne setting out to defend her title for the first time against women’s MMA veteran Michelle “The Karate Hottie” Waterson.

This will be the second time that Invicta FC has tried the online PPV route. The Invicta FC 4 event was available in January 2013 for a price of $7.95, but things didn’t go as planned as most customers had problems with the Ustream feed. Invicta FC President Shannon Knapp decided to make the event FREE on the fly and offered refunds to those customers who had paid for the event.

According to a post on Knapp’s Facebook page, the Invicta FC 5 event will be available for $9.95 and will be streamed online in HD via satellite feed.

All four of the previous Invicta FC events have been met with critical acclaim by most fans that have viewed the events online for FREE since the promotions first event on April 28, 2012.

You can get your ticket information and  view the entire Invicta FC 5 lineup here.