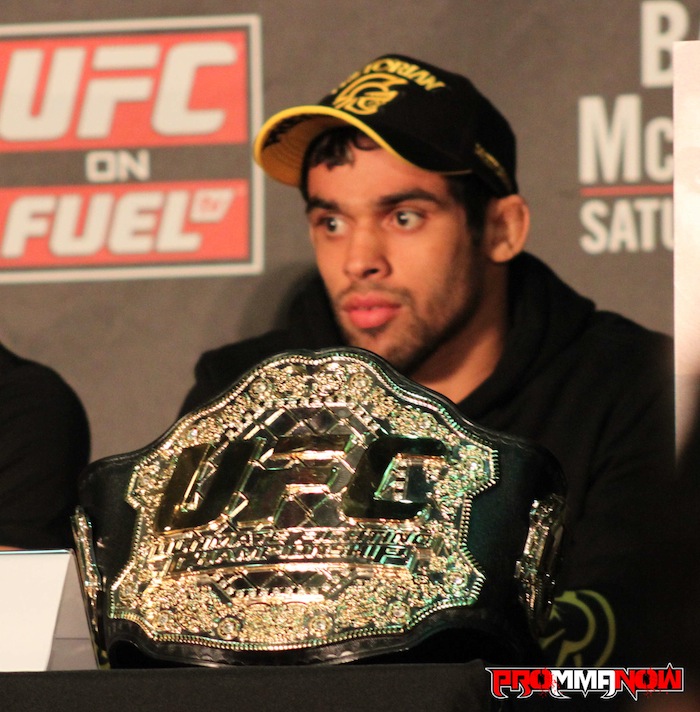 Barao (30-1, 1NC) is coming off his first successful defense of his interim title with a fourth round submission win over Michael McDonald in Febuary.

The PPV event is set to take place at the MTS Centre with preliminary fights airing on FX and Facebook.

Stay tuned to ProMMAnow.com for more UFC 161 news and coverage.