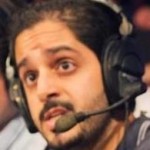 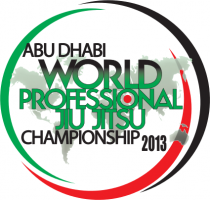 A seven-month process hosted over six continents to qualify for the World  Professional Jiu-Jitsu Championship in Abu Dhabi next month ended last week in Gramado, Brazil.

Sheikh Tahnoon, who was living and studying in San Diego, was struck by the Brazilian Jiu-Jitsu craze spreading across the US. Inspired by the Gracie family from Brazil – in particular Royce Gracie, who won that UFC – Sheikh Tahnoon trained vigorously at Gracie Barra San Diego with Nelson Monteiro and others in private classes.

It was through training at Gracie Barra, owned by the son of the art’s creator, Carlos Gracie Jr, that Sheikh Tahnoon met his friend and mentor, Renzo Gracie. This was a pivotal moment in Brazilian Jiu-Jitsu’s history as it spawned the idea for the Abu Dhabi Combat Club Championship (ADCC). Gracie was also instrumental in Sheikh Tahnoon’s decision to buy a stake in UFC in January 2010.

Sheikh Tahnoon returned to Abu Dhabi in 1998 as skilled practitioner. He founded the Abu Dhabi Combat Club and asked Nelson Monteiro to help run it, and they developed a plan to host an event that would promote the sport on a global scale and promote Abu Dhabi as the capital of Jiu-Jitsu.

In the process, Sheikh Tahnoon created a new competition and a set of neutral rules that would allow practitioners of various martial arts to compete without the brutality of strikes, to prove to themselves and others that their style was the most effective “grappling” style available.

The rules of ADCC awarded points that allowed all the grappling styles an equal chance and allowed most submission attacks (except for spinal attacks). Thus they unshackled the restrictions of each martial art style and created a neutral ground where participants of Gracie Jiu-Jitsu (GJJ), Judo, Wrestling and any other fighting style could compete against each other.

“In the beginning it was just the vision of Sheikh Tahnoon and his energy that brought this all to what it is now,” Kid Peligro, a Brazilian Jiu-Jitsu black belt and author of several instructional books on the sport, said.

“He was the heart and mind of this entire revolution along with help from his brothers Sheikh Mohammed [bin Zayed, the Crown Prince of Abu Dhabi and Deputy Supreme Commander of the UAE Armed Forces] and Sheikh Hazza (bin Zayed].

In 1998, the brainchild of Sheikh Tahnoon was born, and the first ADCC was held in Abu Dhabi.

“It was very hard to get fighters to come over since no one really knew much about ADCC and Abu Dhabi,” Peligro said. “But after the very first one – when the fighters came back and told their friends how great everything was and how well they were treated – it all changed and everyone then wanted to compete. I was getting so many calls from fighters wanting to make sure they got invited to the next edition it was incredible.

“Nowadays, the event is the largest and most prestigious of its kind and there is a series of trials to qualify. I am very proud to have been there from the early days and have the opportunity to be a part of it and to witness the greatness of Sheikh Tahnoon’s vision come to life in such a grand way.”

Sheikh Tahnoon’s enthusiasm was infectious, spreading to Sheikh Mohammed. The vision and involvement of Sheikh Mohammed helped the sport turn professional with the creation of the World Professional Jiu-Jitsu Cup in 2009.

It was the first event of its kind, promising significant cash prizes for the winners, and it showcased the traditional aspect of Brazilian Jiu-Jitsu, as matches were fought wearing the Gi (somewhat similar to the judo jacket and trousers).

Sheikh Mohammed has not missed an event since. The effect the sport has had on his son had a profound effect on the Crown Prince.

“I believe, myself, that Jiu-Jitsu is very important, and that is why my son is learning Jiu-Jitsu,” Sheikh Mohammed said to a Chinese television station during the first event. “I practice this, and I let my son [Sheikh Zayed bin Mohammed bin Zayed] practice it, and I noticed that after two years of practising it, his personality changed.

“And if I invest it in my son, I will invest it in my country. Before the year 2015, we will have 500 schools in Abu Dhabi and every one of them will be learning Jiu-Jitsu.”

Those words were enough for the organisers of the sport. With the help of the Abu Dhabi Education Council, Abu Dhabi Sports Council, and the Jiu-Jitsu Federation, the sport is now on the curriculum of more than 40 Abu Dhabi public schools. Mario Sperry, the Brazilian Jiu-Jitsu world champion and ADCC champion, said the commitment to Jiu-Jitsu would benefit Emirati youth.

“Sheikh Mohammed bin Zayed seems to enjoy jiu-jitsu and he has the wisdom to see that sport, especially Jiu-Jitsu, is going to be good for the Emirates’ kids and community because I think there is a lack of sport here,” Sperry said.

“People have everything here and sometimes forget to go over the limit and test their bodies and discipline. I don’t know much about the Arabian culture, even though I visit Abu Dhabi often, but from what I read in books I know that they are warriors, with honour and respect.

“I think Jiu-Jitsu is something like that. It gives you discipline, perseverance, respect, among other traits. It teaches you that power is not everything, but knowledge is.”

Some parents wonder why Brazilian jiu-jitsu was chosen as the martial art to teach in schools, as opposed to Olympic-level sports such as Judo, Wrestling (assuming the IOC will come back to its senses!), Taekwondo, or more popular sports like Karate.

“Judo and karate have a lot of discipline and it took years for judo and taekwondo go into the Olympics, whereas because of the influence of Brazilians on traditional jiu-jitsu and their relaxed nature, Brazilian Jiu-Jitsu was more like therapy than sport,” Sperry said.

“Other sports are more difficult to learn than BJJ. What made BJJ so popular in Brazil is the fact that people of all genders, ethnicities, and nationalities participated in it. It is still a baby compared to Judo and Karate, and it will take a while to become an Olympic sport but I think it will get there someday.

“The UAE developed so fast in 40 years, and I feel this particular sport is best suited and more acceptable to the new generation of Emiratis.”

Sperry said he is “proud and honoured that a country is developing a sport that I spent 90 per cent of my life studying”.

Mohammed bin Thaloub Al Darei, the president of the UAE Wrestling, Judo, and Kickboxing Federation, is also a supporter of Jiu-Jitsu in schools.

“Jiu-Jitsu is a competitive sport that helps students pull out their pent-up energy in a controlled environment, and helps build a strong generation of national youths,” he said.

“This is one of the most important goals of our leadership in providing a healthy environment suitable for work, advancement, and excellence in all areas. Without a doubt, sport is and will always be the basis of the success of any country, especially that it helps our children to work harder and helps purify their minds in general.”

Peligro said there has been an explosion of interest in Brazilian Jiu-Jitsu and submission grappling.

“I believe the future of sports is professionalisation,” Peligro said. “Thankfully, we have Abu Dhabi’s support because they are leading the way yet again.

“In the past, competitors as they got older had to look for outside jobs and abandon their careers. Now with the prestige and professionalisation of the sport they extend their competition careers and have more fame and are able to translate that into the business of teaching. This only improves the ability of the new competitors coming up to learn from these masters’ experiences.

“There is a strong demand for instructors and academies due to the popularity of ADCC as well. What I see is everyone feeling very lucky to have such great patrons of the sport to help us out. The Gracies that I know and speak with are extremely grateful for all the efforts of Abu Dhabi’s Royal Family, especially Sheikh Mohammed, Sheikh Hazza, Sheikh Tahnoon, and everyone else from the Emirates that help energize this revolution.”

Members of the Royal Family are again expected to be in attendance at the 5th installment of the World Professional Championship at Abu Dhabi National Exhibition Centre on April 10 to 13. The first day is the World Cup for children and the final three days host the main event (pure jiu-jitsu with the uniform or Gi).

The Abu Dhabi Combat Club Championships (ADCC) were just confirmed for China hours ago (courtesy of Japanese reporter Kinya Hashimoto on his Facebook page), and it will be the first ADCC held in Asia since the early Abu Dhabi events. The event was confirmed for October 19 and 20 of this year.

Abu Dhabi owns the rights of two of the most premiere events in both the grappling and Brazilian Jiu-Jitsu world. Many people already consider the ADCC as the Olympics of grappling or submission fighting, and the next staging of the World Professional Championship should cement its place among the premier events in the sport.