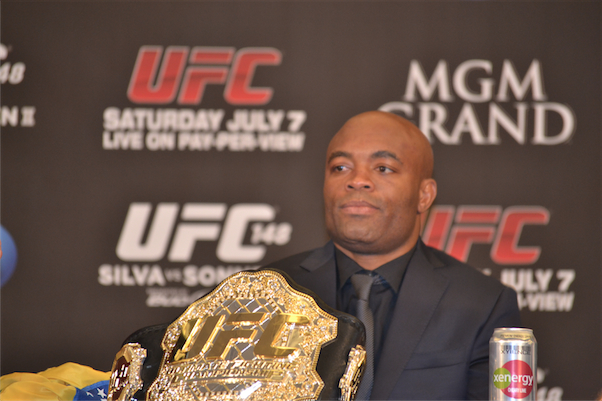 UFC middleweight champion Anderson Silva will face Chris Weidman in the main event of UFC 162 that’s set to take place on July 6 at the MGM Garden Arena in Las Vegas.

UFC officials made the announcement on Wednesday.

Silva (33-4) is coming off his TKO win over Stephan Bonnar in a light heavyweight bout at UFC 153. Silva last defended his middleweight title against Chael Sonnen at UFC 148, finishing him in the second round via TKO.

Weidman (9-0) hasn’t fought since finishing Mark Munoz via TKO in July 2012. The rising star has won five consecutive fights in the UFC, but is coming off the long layoff and shoulder surgery.

Also on the card:

Tickets for this event will go on sale soon so stay close to ProMMAnow.com for more UFC 162 news and coverage.

1 thought on “Anderson Silva vs. Chris Weidman to headline UFC 162 in Vegas”