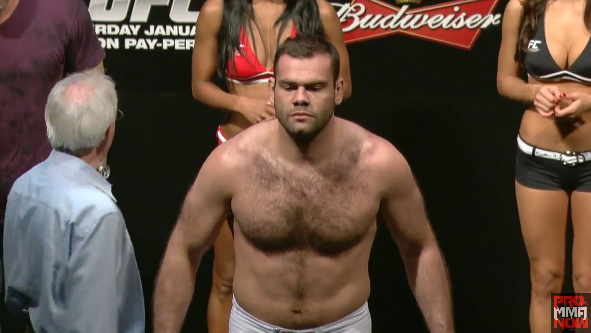 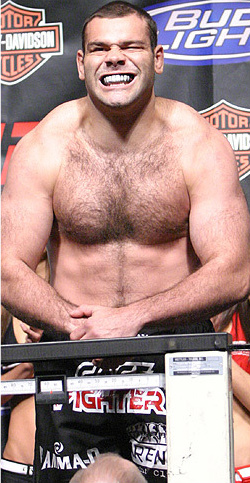 Gabriel Gonzaga is one of them.

The 2006 Mundials champion has been finishing opponents inside the UFC Octagon since 2005 when he knocked out Kevin Jordan with a Superman Punch. In fact, he has finished every opponent he has ever beaten. With an overall record of 14-6, nine of “Napao’s” wins have come via submission, five via knockout.

He’s a well-rounded MMA fighter who has supplemented his world-class BJJ game with powerful striking that can end the fight with one shot. Just ask Mirko Cro Cop.

As someone who has been a staple of the UFC big boy’s club for nearly a decade, Gonzaga has seen a lot of fighters come and go. He’s also seen the evolution of the game. But speaking with Pro MMA Now Radio Sunday night, “Napao” admitted he is less than impressed with the UFC Heavyweight division’s ground game development:

“Actually I thought it was going to be better. Because when the years go by the people start to develop more skills. But I think the heavyweight division, the people don’t have ground game skills how the other divisions have. Every single different division has a really high level black belts in Brazilian Jiu-Jitsu showing their skills there except heavyweights do not having good ground game skills. Mark Hunt yesterday showed a lot of mistakes in [his] ground game. Brendan Schaub’s last fight too with.. I forgot his name, didn’t show too much of ground game. They improve a lot in wrestling game to put the guys down, to throw the guys to the ground, that improve a lot but the ground game is still a little bit far from the other divisions.”

Gonzaga did mention Antonio Rodrigo Nogueira, Frank Mir and Fabricio Werdum as exceptions, but for the most part he feels the UFC heavyweights are far behind the other divisions when it comes to their ground skills. And I’m pretty sure if you read between the lines he’s saying Brendan Schaub showed an adept lay-and-pray game in his last fight (Lavar Johnson/UFC 157).

What say you, do you agree with Napao’s assessment? What about his thoughts on Hunt and Schaub?

He did say any fighters in need of help with their ground game, come visit him at Team Link in Worcester, Mass., where he teaches daily. Gonzaga returns to the UFC Octagon on April 13 when he faces Travis Browne at the TUF 17 Finale in Las Vegas.

Gabriel Gonzaga talked about the upcoming fight with Travis Browne and much more in the full interview on Pro MMA Now Radio. Invicta FC fighter Rose Namajunas and WEC veteran Chad George were also guests on the episode.