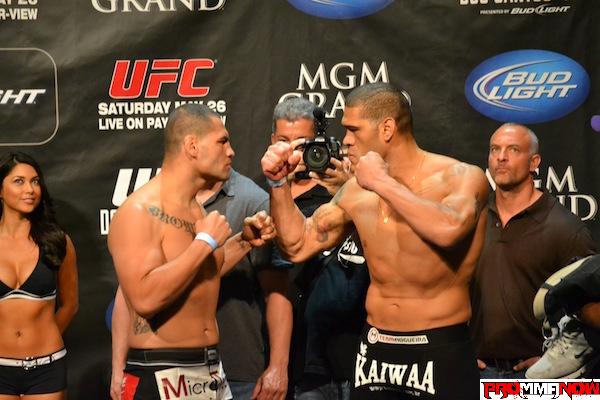 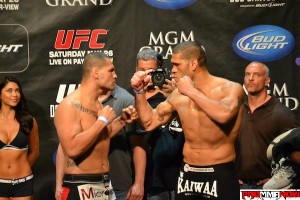 The UFC has announced a ton of fights over the past couple of days. UFC officials have  announced that Cain Velasquez will look to defend his UFC heavyweight title against Antonio “Bigfoot” Silva.

The fights will take place at UFC 160 which is set for Memorial Day weekend on May 25 at MGM Grand Garden Arena in Las Vegas.

Velasquez (11-1) is coming off the dominant unanimous decision win over Junior dos Santos in his last outing to recapture the UFC heavyweight crown. Velasquez and Silva fought at UFC 146 with Velasquez demolishing Silva via TKO in the first round. However, Silva (18-4) has rebounded to win two straight fights via TKO, including the huge upset over Alistair Overeem at UFC 156. Overeem was set to challenge Velasquez for the title if he would have defeated Silva.

Junior dos Santos (15-2) will return to action for the first time since losing his title to Velasquez. He’ll be taking on Alistair Overeem who he was originally supposed to face at UFC 146 before Overeem was pulled from the bout due to high testosterone levels and replaced by Frank Mir.

Overeem (36-12) will look to return to form and get past the devastating loss to Silva in his last outing, and put himself in a favorable position to get closer to a title shot.

Stay close to ProMMAnow.com for more UFC 160 news and coverage.