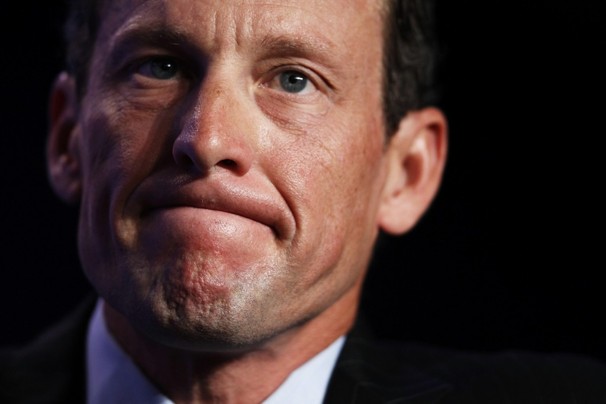 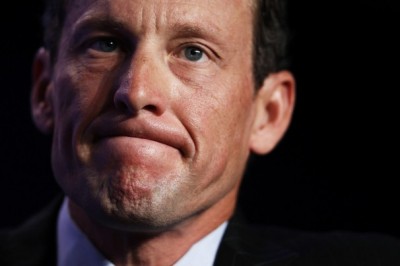 The headlines these days are covered with stories about Lance Armstrong’s massive cover up over his extensive performance–enhancing drugs (“PED”) use.

Barry Bonds and Roger Clemens were denied election into the Hall of Fame either because they used and/or lied about using PEDs. The rest of the eligible candidates were also not elected either because they also were suspected to have used PEDs, there were suspicions that they used PEDs, they were on the same team as players who either used or were suspected to have used PEDs, or they could correctly spell PEDs.

This blog is not going into the hypocrisy or insanity in the MLB Hall of Fame vote nonsense but rather is going to focus on the use of PEDs in MMA and the risk for a Lance Armstrong type scandal which could have long standing effects on MMA.

MMA has an interesting dilemma when it comes to PEDs. It has had some very high profile fighters, including Chael Sonnen, Dan Henderson, Nate Marquardt and Quinton Jackson, admit to a legal form of steroid use, Testosterone Replacement Therapy (“TRT”).

Low testosterone affects millions of men in the world and happens naturally as men grow older. Several state athletic commissions have allowed fighters who are on TRT, and it should be noted that TRT must be done while under a doctor’s care and supervision, to seek an exemption for their use of testosterone.

Without the exemption, a fighter who is going through TRT would fail a drug screen for either the existence of a synthetic testosterone in his system or testosterone levels that are higher than allowed.

Some have called this practice legalized cheating while others are fine with it but it does raise some interesting issues.

There are now fighters, who without the TRT exemption would be suspended, fighting at the highest levels of the UFC. While none of the currently-known TRT exempted fighters are champions, if they win one, does that mean that a Lance Armstrong-like response of “well everyone else is doing it, so it isn’t that bad” is soon to follow?

While the TRT exemption has been granted in very few circumstances, there isn’t much, if any data, out there as to how many fighters have applied for and been denied the exemption; presumably there aren’t many out there. One would think the athletic commissions would be aware the fighter is using unapproved synthetic testosterone and would test the fighter when they fight. Kind of like shooting fish in a barrel.

I recognize these fighters may either (a) not be fighting after being denied the exemption; (b) not being tested; (c) fighting on unsanctioned shows; or (d) are very good at cleaning their systems after the treatments. But there has to be fighters who have tried to get the exemption and have been denied.

The lawyer in me says that being denied the right to use TRT, when a doctor says that it is medically necessary, is probably a good lawsuit, but I digress. So theoretically any fighter who applies for a TRT exemption should get licensed to fight.

But what if a fighter can’t get approved for TRT but knows he is fighting a TRT approved opponent? Does that provide enough incentive to take PEDs without approval? As has been shown in MLB and in the Lance Armstrong case, it isn’t hard to take PEDs and not get caught, at least in the short run.

Competitors will take the steps to win at all costs and worry about the fallout and damage left behind later. The lengths that Lance Armstrong went to protect his PED regimen and his reputation was mind boggling. He sued people, swore up and down that he didn’t take PEDs and destroyed people professionally and personally with no care about the damage he left in his wake.

He was very wealthy from his cycling heroics. He became a national icon and marketing poster child. He beat cancer and won the Tour Du France seven times. No one had heard about cycling prior to Lance and no one cared about it after. The sport is even in worse shape now given the rampant cheating that was discovered.

After stripping Lance Armstrong of his victories, the cycling sanctioning body couldn’t even award the title to a new winner because they couldn’t find a “clean” rider. There are rumors the International Olympic Committee is considering dropping cycling from the Olympics because of the widespread PED use in the sport.

Let’s compare this to the situation in Major League Baseball. In the last month or so, not one person was elected to the Hall of Fame due to steroid allegations or suspicions and Alex Rodriguez and other MLB player’s names have surfaced in connection with distribution.

MLB is struggling with an attack not only on its past players but on how much of its current use is affected by PED use. While I am not suggesting MLB will become as irrelevant as cycling as a result of these scandals, there is the potential for it to cause real financial harm not only to the present day game but to the future viability and credibility of the sport.

As a promoter, I can assure you the life blood of any sports business, whether it is cycling, baseball, or MMA, are sponsors. The companies that provide financial support, not only to the organizations but also to the fighters, make the entire sports experience possible.

To get sponsors, both the sports organization and the players have to be credible. Fans want to know that the athletes they are cheering for are putting forth their best effort each and every time they compete. They want to believe each athlete has an equal chance of succeeding. They want to believe when their favorite competitor excels, it is because of talent or heart, not because of some chemical enhancement.

Without proper regulation, PED use, medically authorized or not, has the ability to undermine the foundation of any sport. Accomplishments and victories will be challenged as fake and fan interest will diminish greatly. That will also cause a drop in sponsor dollars.

MMA has taken a long time to gain acceptance from non-MMA businesses and still have a long way to go before they can match the more traditional sports in terms of corporate support. However, repeated scandals regarding PED use, legal or otherwise, will set the sport of MMA, as a viable sponsorship option back for years. This is not something the sport as a whole can afford or wants to experience.

So what can be done about this problem?

This is not an easy issue to tackle. On one hand is the real possibility that TRT is a necessary medical option that allows fighters to compete when they otherwise couldn’t. Others will point out if you can’t naturally compete at an elite or any other level without TRT then you shouldn’t be allowed to compete.

Clearly, smaller shows like mine are unable to deal with these issues as it would be financially too burdensome. The state athletic commissions are also trying to figure ways to deal with this growing problem but they are limited by budgetary concerns as well. That leaves it up to the major players in the MMA industry to pick up the slack.

I commend the UFC and Dana White for doing drug testing on shows that are not regulated by commissions and issuing suspensions for those who do not pass the screening, however, it does not deal with TRT and those who are using more sophisticated PED testing avoidance schemes.

I am not aware of Bellator’s position on this but it doesn’t appear to be public. Neither Strikeforce (pre-UFC purchase) nor EliteXC ever took a position on this to my knowledge. There are also not many sponsors who have addressed the issue publicly.

It is time for the industry to join forces on this issue. While it would require competitors to work jointly, a unified stance would benefit all. Since the chances of this happening are slim, who will be the one to stand out amongst the crowd?

I apologize for this being longer than usual and not really providing a definitive answer to this issue but I do think it needs to be discussed in the public arena. The potential for a Lance Armstrong type problem in MMA is real and should not be ignored; otherwise the downfall of the empire is looming great.