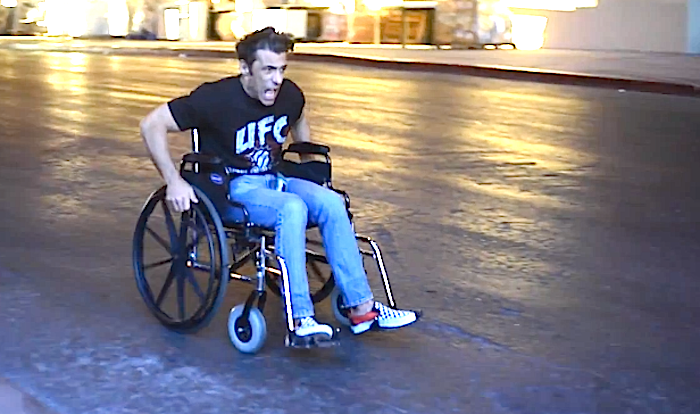 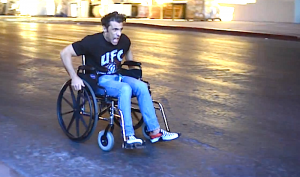 This is Dana White’s second video blog leading up to UFC 156, and there’s some cool fighter footage such as the up-close-and-personal view of the pre-fight staredowns at the weigh-ins — pretty intense. But lets be honest, the real star is the return of Nick “The Tooth” Gullo.

Nick The Tooth pisses off the UFC prez by ruining a TUF shot. Nick The Tooth uses a wheelchair to pass the time and gets aggro by trying to ride it down a flight of stairs and a large hill. Ol’ Nicky boy is then given the responsibility of handing out UFC 156 tickets for a Twitter give-away.

Royce Gracie creates envy with a cool T-Shirt. Dana gets a new pair of shorts. And as an added bonus the great Ari Shaffir even makes a quick cameo — see if you can spot him.