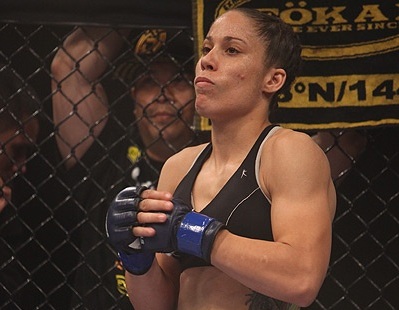 UFC women’s bantamweight title challenger Liz Carmouche will make history when she squares off against Ronda Rousey in the main event of UFC 157 later this month. She’ll be one half of the first women’s fight in UFC history, and will be the first openly gay fighter to fight inside the octagon. Carmouche recently conducted an interview with Alyona Minkovski (@AlyonaMink) of the Huffington Post in which she talks about her background of being gay in the military as well as how the MMA community has surprisingly embraced her sexuality. Check it out below: