Bellator MMA set for Androscoggin Colisee in Maine on March 21 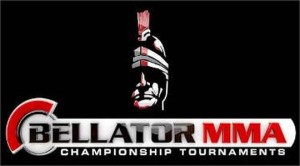 The Toughest Tournament in Sports continues as The Androscoggin Colisee will host Bellator MMA on March 21st live on Spike TV. The event will feature the $100,000 Welterweight Tournament Finals, the Bellator debut of Kickboxing World Champion Michael Page and the return of longtime MMA veteran and Maine native Marcus Davis.

Tickets for the event are on sale now and can be purchased at TheColisee.com, the Androscoggin Bank Colisee Box Office or by phone by dialing 207-783-2009. Tickets range from $40-$125. The event will broadcast LIVE starting at 10 p.m. EST on Spike, as well as in Spanish language on mun2. The preliminary card will be streamed LIVE and FREE on Spike.com starting at 8 p.m. EST.

Bellator MMA will add to the rich fight history The Androscoggin Bank Colisee boasts, including Muhammad Ali’s famous knockout over Sonny Liston in 1965 that was eventually immortalized as of the most iconic images in sports.  In 2012 the venue played host to four MMA events attended by some 12,000 fight fans of regional promotion New England Fights (“NEF”).  NEF owners, Massachusetts attorney Nick DiSalvo and Maine state representative Matt Peterson will work closely with Bellator on the event.

“For the sport of MMA to reach the level it has in Maine, where you now have one of the top promotions in the world coming in to run an event, that’s just a real testament to how far the sport has come here in Maine,” stated Peterson.  Peterson sponsored the legislation legalizing MMA in the state, and, along with business partner DiSalvo, has pioneered the movement to mainstream the sport in Maine.

With victories over Pete Spratt, Chris Lytle and Paul Kelly, Bangor native Marcus Davis has established a long and distinguished resume during his MMA career, and will make his Bellator debut on March 21st in front of a huge Maine crowd live on Spike.com. Known as “The Irish Hand Grenade” Davis is well aware of what this opportunity means for his career.

“Having the chance to fight for a promotion like Bellator in front of my friends, family and fans is a dream come true,” Davis said. “It’s great to find a new home and fight for one of the biggest promotions in the world.”

As one of the most explosive welterweights in the sport, Michael “Venom” Page has the chance to make history himself with his first victory inside the Bellator cage.

“I’m looking to put on a show March 21st in my Bellator debut, plain and simple,” Page said. “If you’ve never seen me fight, you’re making a huge mistake not tuning in. Just wait until you see what I can do. Just wait.”