Tickets available for Bellator 89: Dantas vs. Galvao in Charlotte 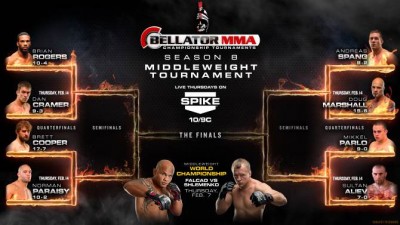 The event will broadcast LIVE starting at 10 p.m. EST on Spike, as well as in Spanish language on mun2. The preliminary card will be streamed LIVE and FREE on Spike.com starting at 8 p.m. EST. Tickets for the event are on sale now and can be purchased at Ticketmaster.com or by visiting The Bojangles’ Coliseum Box Office, with tickets starting at just $37 dollars.

Also, plenty of local talent will be on display from the Carolina’s in preliminary action.

Be sure to stay close to ProMMAnow (www.prommanow.com) for more Bellator 89 news and coverage.