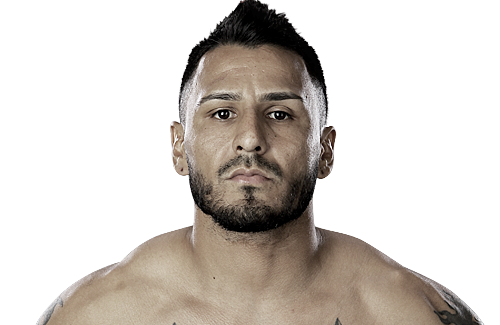 Pro MMA Now: Hi Francisco, really good to have you on ProMMANow.com. It’s been over a year since I last spoke to you, how are you doing bro?

Francisco Rivera: Hey, how are you doing. Thank you for having me on. I’m good, just busting my ass in the gym of course.

Pro MMA Now: You are scheduled to face Edwin Figueroa at UFC 156 on February 2nd. What are your thoughts on Edwin as an opponent? Have you watched any tape on him?

Francisco Rivera: My thoughts on Edwin…Well, he’s a gamer, he brings it in every fight and that’s what I like. Yes, I have watched his fights of course and I know this fight is gonna be a stand up war. I can’t wait to put on a show for the fans, they love bangers.

Pro MMA Now: Tell me how your fight camp is going? Have you been working with any special training partners in preparation for Figueroa?

Francisco Rivera: Training camp is going well, i’m on weight and healthy. I’m training at CSW in Fullerton with Coach Erik Paulson and Josh Barnett. I also train at All In MMA in Buena Park with coach Eddie Cha. We have plenty of bangers and wrestlers at both gyms, so I know I’m ready for whatever Edwin brings. I bust my ass at both gyms and all my teammates push me and help me so much. I couldn’t be more excited for this fight.

Pro MMA Now: Can you see this fight going the distance or will you be looking for a quick finish?

Francisco Rivera: I’m always looking for the finish and I hate letting it go to the judges for a decision. I have one job and it’s to finish the fight like I always do. The worst feeling is going to a decision and losing.

Pro MMA Now: I would say that one of your best attributes is power. I have noticed that you really like to stand and bang in your fights, which always makes for exciting viewing. Is it safe to say that standing is where you feel most comfortable?

Francisco Rivera: I always prefer to stand and bang…put on a show. It’s my thing, I love it! I’m the best stand up fighter at the gym and all my sparring partners love trying to take me down, so it’s an everyday thing. My take-down defense is great, but don’t get me wrong, I’m also a great wrestler, I just choose not to wrestle in my fights, but when the time comes u will see it.

Pro MMA Now: Are you still training over at United Mixed Martial Arts? Tell me about some of the coaches you work with?

Francisco Rivera: Yes, I’m still there, just not as much. I train there once a week and I also teach there.

Pro MMA Now: Your last matchup was against Roland Delorme at UFC 149, where you scored a first round KO victory. The win was later overturned to a no contest after you tested positive for a banned substance. Give me the story on what exactly happened?

Francisco Rivera: Yes, I KO’d Delorme at UFC 149 and it was later overturned to a no contest, which sucks because that was one of my best performances. As you know, I tested positive for an over the counter pre-workout 1MR. I guess a certain type of caffeine is not allowed, I didn’t know it contained it. I’m still new to the game and I don’t make enough money to hire a nutritionist or anything.

Pro MMA Now: How did the UFC respond to you failing the post-fight drug test?

Francisco Rivera: When the commission first called and told me I was so upset. I called the UFC and told them what happen, they understood and I was very apologetic.

Pro MMA Now: Have you taken measures to ensure that something like this never happens again?

Francisco Rivera: I watch and pay close attention to what I put in my body now. There is so much stuff out there, you just don’t know what it contains until you read up on it. Now that’s all behind me I can concentrate on moving forward.

Pro MMA Now: Thanks for taking the time to speak with me Cisco, I appreciate it. Good luck for the future and I look forward to seeing you in action at UFC 156 on February 2nd.

Francisco Rivera: Thanks for having me.

2 thoughts on “Interview: Francisco Rivera talks ahead of UFC 156”