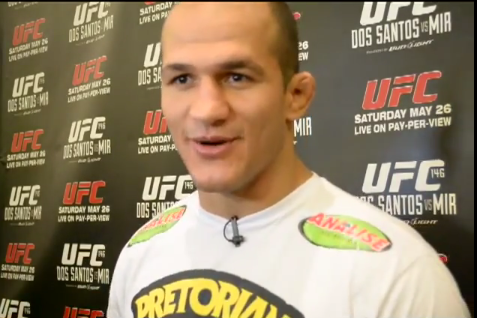 “He did a great job of imposing his strategy and it worked really well. My mind went blank and I could only defend myself. I didn’t impose my gameplan of always attacking and searching for the knockout. I only defended myself and I paid for that mistake. Congratulations to Velasquez for his excellent performance and all five rounds were very well fought and that’s it. Now I will come back.”

Check out the footage below: