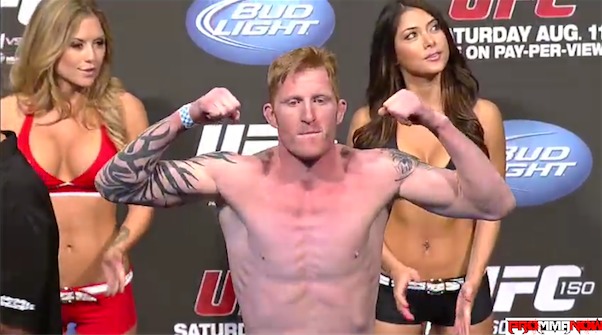 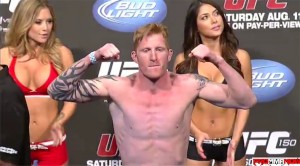 Strikeforce officials have announced a change to the final Strikeforce event on Showtime card that will take place on January 12th.

Former UFC middleweight and TUF 3 alum Ed Herman will step in on short notice and do battle with former Strikeforce middleweight champion Ronaldo “Jacare” Souza. Lorenz Larkin was Souza’s original opponent and had to withdraw from the bout with an injury. The bout will be at a catchweight of 194 pounds.

“Strikeforce: Marquardt vs. Saffiedine” will take place January 12th at Chesapeake Energy Arena in Oklahoma City. The main event will feature a Strikeforce welterweight title bout where Nate Marquardt will look to defend his title against Tarec Saffiedine.

Herman (20-8, 1NC) is coming off a fight that was originally ruled a unanimous decision loss to Jake Shields, but was later overturned to a “no contest” due to Shields tested positive for a banned substance. Herman had won three consecutive fights going into that bout. Souza (16-3, 1NC) is coming off a first round KO win over Derek Brunson in August. It was the first KO win of his career, and the former champion has won back-to-back fights since losing his title to Luke Rockhold in September 2011.

The main card airs on Showtime with some of the preliminary bouts airing on Showtime Extreme.

The full lineup is below: