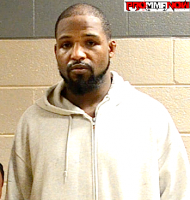 NASHVILLE, Tenn. — Cincinnati, Ohio’s Marcus Finch (7-6) came into Nashville on December 7 to spoil the party for hometown favorite Dustin West (6-6) at “XFC 21: Night of Champions 2” LIVE on AXStv. The leather started flying just seconds into the bout with both guys throwing heat and Finch landing some nice counter-punches that rocked West.

The bout was stopped just 46-seconds into the fight with Finch being declared the winner via TKO. However, video replay showed it was actually an accidental headbutt that sent West to the canvas (and he was still trying to get up when referee Nate Jolly stopped it).

ProMMAnow.com (www.prommanow.com) reporter Gary Thomas spoke with Finch after the bout to get his thoughts on his performance, the accidental headbutt and winning back-to-back bouts with first round stoppages. Finch also talked about the influence of his friend and teammate at Team Vision, Chris Smith, who was killed in a car wreck earlier this year.