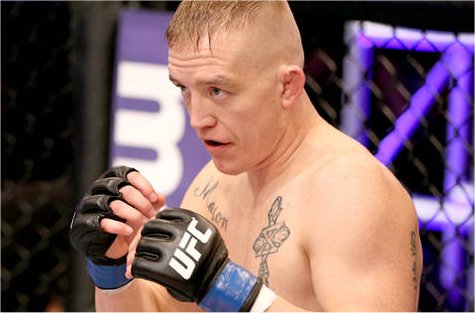 Colton Smith followed and executed his game plan to a tee, grinding and smothering Mike Ricci over three rounds to become the “TUF 16” champion.

Smith wasted little time closing the distance and going to the clinch to stifle the offensive attack of the 2-to-1 favorite Ricci. Smith worked Ricci to the mat and went to work, repeatedly threatening Ricci with rear naked choke attempts. Ricci showed off tremendous submission defense and finally made his way back to his feet, but once there was unable to mount any sustainable offense before finding himself back on the mat again.

The second round proved to be much the same, with the only real difference being a missed groin shot by referee Steve Mazzagatti, as Smith seized control of the bout with his grappling attack.

Smith again dominated the action in the final frame, spending most of the round working on submissions from the back of Ricci. Ricci finally had an opportunity to make something happen late after reversing Smith, but got shook off the top once he managed to get to the back of Smith. Ricci then went for an arm but it wasn’t meant to be as Smith pulled free and threw punches from the top until the bell sounded.