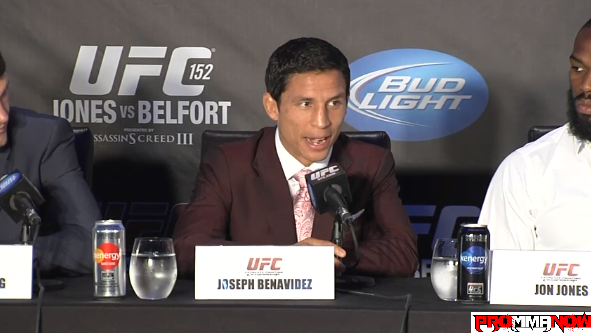 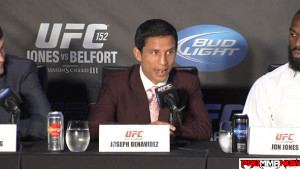 UFC officials have announced that Ian McCall vs. Joseph Benavidez and Evan Dunham vs. Gleison Tibau have been added to the UFC 156 event that’s set for Super Bowl weekend on February 2nd.

Benavidez (16-3) is also coming off a loss to Demetrious Johnson in his last fight. The two fought for the inaugural UFC flyweight title with Johnson winning a unanimous decision. The other two losses for Benavidez came against UFC bantamweight champion Dominick Cruz.

Dunham (13-3) is coming off a unanimous decision loss to TJ Grant at UFC 152. Dunham had won back-to-back fights going into that bout and has a career UFC record of (6-3). However, Dunham has won “Fight of the Night” honors in his last two fights.

Gleison Tibau (26-8) is coming off a unanimous decision win over Franciso Trinado at UFC 153. Tibau was able to rebound from a close decision loss against Khabib Nurmagomedov which broke a three fight winning streak.

The event will be headlined by the UFC featherweight title fight between Jose Aldo and Frankie Edgar and will take place at the Mandalay Bay Event Center in Las Vegas Nevada.

4 thoughts on “UFC 156: McCall vs. Benavidez and Dunham vs. Tibau added to Super Bowl weekend”