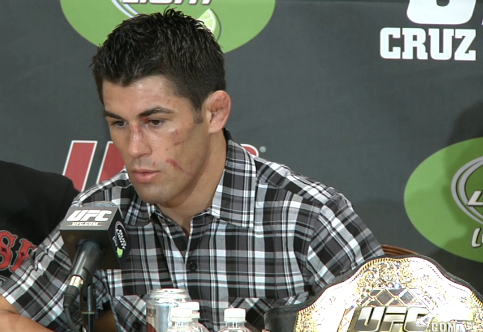 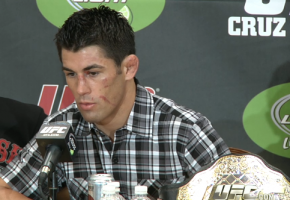 UFC bantamweight champion Dominick Cruz has suffered a huge setback in his attempt to come back from a knee injury that has kept him out of action for the past seven months. He has re-injured the knee and will now be out of action for an additional six to nine months.

This is a huge blow to Cruz, but is also a huge blow to the UFC since the division has sort of been on hold with UFC interim bantamweight champion Renan Barao choosing to wait and face Cruz when he was able to come back. Now it appears that Barao will face Michael McDonald at some point in 2013 to get the division back on track with a champion that’s able to defend the belt. Cruz spoke about the devastating news on “UFC Tonight”, and what has been keeping him going since he found out below: