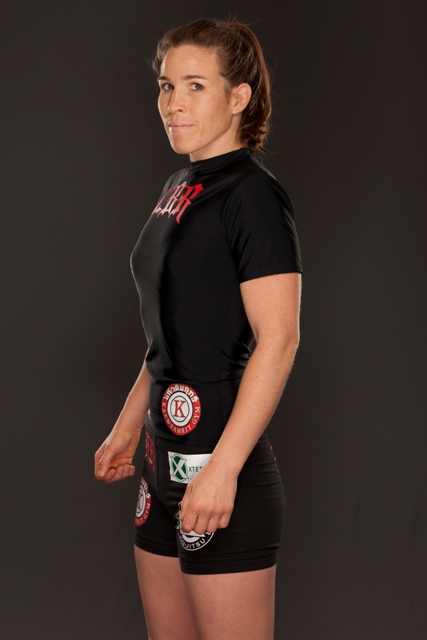 A new bout has been added to the Invicta FC 4 card as Leslie “The Peacemaker” Smith (4-2-1) faces Raquel “Rocky” Pennington (3-2-1) in a bantamweight showdown. The event is set to take place at Memorial Hall in Kansas City on Saturday, Jan. 5.

Invicta FC 4 will feature a headline bout between Claudia Gadelha and Carla Esparza, who will battle to become the first-ever Invicta FC world strawweight champion. Smith vs. Pennington will be part of the main card, which will also include a co-main event matchup between Shayna Baszler and Alexis Davis. The main card is expected to air LIVE on InvictaFC.com.

“Leslie and Raquel have both proven to be ferocious and determined competitors in the Invicta FC cage, so we are excited to be able to match them up against each other and create what should be a barnburner of a fight,” said Invicta FC President Shannon Knapp.

Leslie Smith last fought at Invicta FC 3 in October, where she scored a second round TKO victory over Kaitlin Young. That bout was a rematch following their first encounter at Invicta FC 1 in April, where the women recorded a draw. Smith’s most recent defeat was against Ediene Gomes at BEP 5 in October 2011, where she lost via unanimous decision. Leslie will no doubt look to score a big win over Pennington and put another notch in the win column.

Raquel Pennington was last in action at Invicta FC 3 in October, where she dropped a second round submission loss to Cat Zingano. Prior to that she had been on a two fight winning streak, defeating both Sarah Moras and Raquel Pa’aluhi earlier in the year. Pennington now has a chance to get back onto the winning track with a good performance against Smith.

The full 12-bout Invicta FC 4 fight card is below:

Stay close to ProMMANow (www.prommanow.com) for all the latest Invicta FC news.