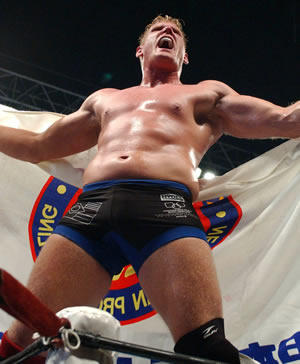 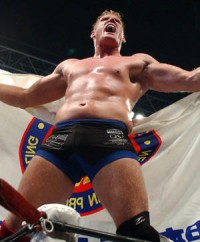 According to mmajunkie.com, Josh Barnett is scheduled to return to the cage against Austrian prospect Nandor Guelmino at ‘Strikeforce: Champions’

A relative unknown to American audiences, Guelmino has quietly pieced together an 11-3-1 record in the European regional circuit, and will be making his stateside debut against the former Pancrase and UFC champion Barnett

Meanwhile, the 35 year old ‘Baby Faced Assassin’ is coming off a one sided unanimous decision loss to Daniel Cormier in the Strikeforce Heavyweight Grand Prix finals, a fight in which Barnett suffered a hand injury that sidelined him for several months.

The upcoming meeting with Guelmino will be the final fight of Barnett’s contract with Zuffa, and it is presently unclear as to whether or not he will be among the fighters expected to sign wit the UFC following Strikeforce’s cessation of operations.

‘Strikeforce: Champions’ is scheduled to take place January 12th at Oklahoma City’s Chesapeake Energy Arena. It is expected to be the final Strikeforce event before the Zuffa owned promotion shuts its doors.

Stay tuned to ProMMANow.com as we keep you up to date on all the latest news, notes, and analysis leading up to ‘Strikeforce: Champions’.