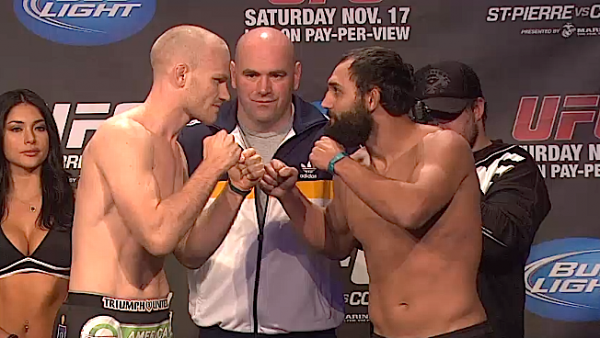 Sometimes lightning does strike twice. Johny Hendricks relived his unbelievable knockout of Jon Fitch to take out yet another top contender, leveling Martin Kampmann with his patented left hand in just 46 seconds.

Hendricks looked to land his power left hand to start, leaping into range as Kampmann flashed his jab to start the bout, but failed to land with his first attempts. As Kampmann landed several kicks, Hendricks set up a thunderous left hand with a lead right hook, then connected flush on the button with the left, putting Kampmann out on contact. A final left hand would land to the face of Kampmann before the stoppage was official.

It was an exclamation point to the argument that Hendricks should be next in line for a title shot. After that performance, it would be hard to argue otherwise. With the stunning victory, Hendricks improves to 14-1 overall (9-1 UFC).