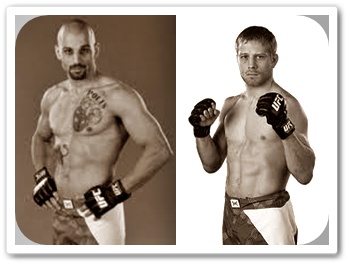 The UFC 154 main card will feature a middleweight fight between hard hitting Costa Philippou and TUF alum Nick Ring. The two fighters are both coming off wins and will be looking to climb that middleweight ladder. Let’s see how this one breaks down.

Nick Ring (13-1) is coming off the unanimous decision win over Court McGee at UFC 149. It was a close fight which seems to be a trend with Ring against McGee dating back to their fight on “The Ultimate Fighter”. Ring has won two fights via TKO/KO and six fights via submission, and he has never been finished in his MMA career.

Costa Philippou (11-2, 1NC) is coming off the unanimous decision win over Riki Fukuda at UFC 148. Philippou and Ring have a common opponent in Court McGee, with Philippou getting the much more decisive win over McGee. Riki Fukuda also fought Nick Ring and was basically robbed of a victory by the judges in that fight according to most pundits and fans. Philippou has won five fights via TKO/KO and one fight via submission and has never been finished in his MMA career.

Ring is willing to fight standing or on the ground, whereas Philippou prefers to keep the fight standing in his bouts. Ring is about an inch taller, but Philippou is the more powerful of the two fighters. In fact, Philippou is huge and is very difficult to take down in his fights.

Philippou has a style to Tim Boetsch who beat Nick Ring pretty convincingly just over a year ago. I really don’t see this fight going any different for Ring. I don’t think Ring will be able to take Philippou down, and Philippou is the more powerful striker between the two fighters.

When it comes to striking neither fighter will absolutely wow you with anything. I expect Ring to try to outpoint him and mix in some takedown attempts that will be shrugged off pretty easily. Philippou just need to make sure he’s in shape for this fight, and that he does damage when in close quarters with Ring. If he comes forward and fights relatively aggressive as he normally does, I think he’ll be able to take the fight to Ring and get the win with slightly better striking and power.