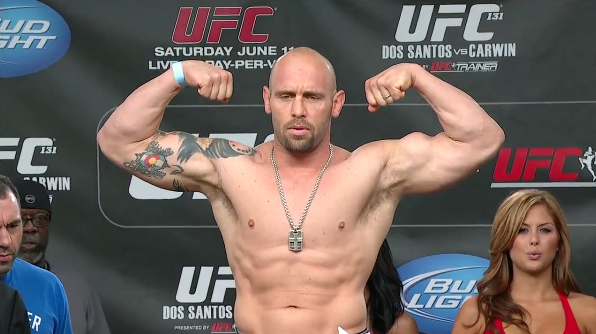 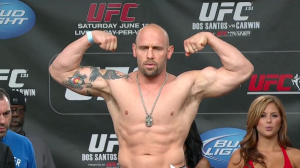 Shane Carwin is out of the TUF 16 Finale due to a blown knee. Fans of The Ultimate Fighter on FX know the UFC heavyweight as one of the coaches this season. He was scheduled to face off against opposing coach Roy Nelson on December 15 in Las Vegas.

Carwin had already undergone multiple back surgeries which kept him out of the Octagon for most of 2012. He also previously hurt his knee in September but insisted he would be able to face off against Nelson.

Dana White, UFC President tweeted the breaking news.  “WOW!! It never ends Carwin blew his knee out. Looking for a new opponent for Roy on the TUF Finale on FX.”

Fan reactions have been varied. Some fans wanted to see this fight. One fan stated he was glad this happened because he liked both Roy and Shane and did not want to see them face off against one another. Needless to say, most fans do not hope any fighter gets injured and has to drop out of a bout.

So, who will Nelson face? No news has been provided as of yet but stay close to ProMMAnow.com for this developing story.

4 thoughts on “Shane Carwin out of TUF 16 Finale”