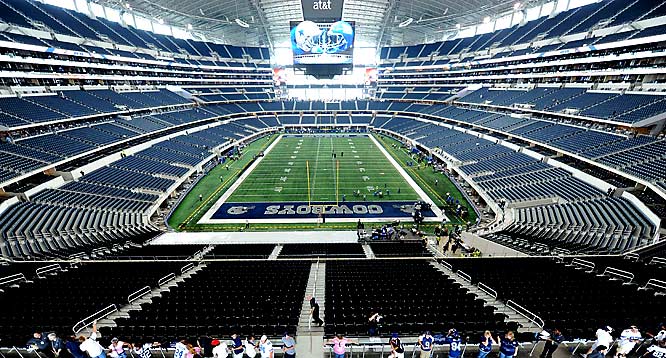 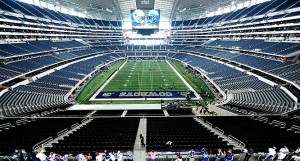 In fact, UFC President Dana White has already indicated that they are looking at three potential locations for the fight to take place should it come to fruition if GSP beats Carlos Condit at UFC 154.

Obviously, there’s three great venues that you’d do. We could go to Toronto, huge stadium there, Dallas, Texas stadium or a soccer stadium in Brazil. This fight has to happen people. It’s fun to talk about this super fight but I’m sure it’s pissing Carlos off every time it’s asked. We’ve been talking to the Cowboys guys for a while. Whenever we want to do an event there, they’re ready for it.

This fight in Toronto would be huge as it was the home of UFC 129 which featured GSP in the main event against Jake Shields. That event holds the North American record for attendance at 55,724 and live gate at 12.1 million dollars. Of course, GSP is Canadian and with Canada being a hotbed for MMA it would certainly do well there.

A soccer stadium in Brazil would draw a massive crowd and would probably shatter the UFC 129 attendance figure, but wouldn’t break it since the fight wouldn’t be on North American soil. All of the UFC events in Brazil over the past year have been well attended and a fight of this magnitude would certainly be no different with Brazil’s largest star in the main event in Anderson Silva.

Cowboy’s Stadium would also be huge and would probably shatter the UFC 129 record since it could hold over 100,000 fans at maximum capacity. It would also be neutral ground of sorts with neither fighter having the ‘hometown’ crowd in his corner like the other two venues.

I don’t think you could go wrong with any of the locations. The Canadian and Brazilian fans are some of the most rabid MMA fans in the world which would present some of the most exciting atmospheres ever. However, could you imagine over 100,000 MMA fans in one location in Cowboy’s Stadium?