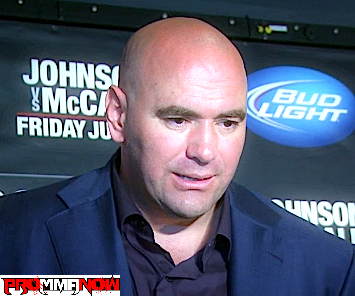 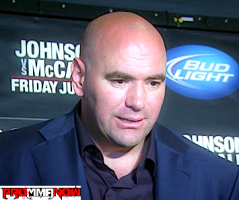 Have you ever wanted to ask the most powerful man in pro mixed martial arts a question? UFC President Dana White will participate in a live fan chat Tuesday, October 30 at 6 p.m. PT (9 p.m. ET) on the MetroPCS Facebook Page at www.facebook.com/MetroPCS.

Fight fans can submit questions to the bald father on the MetroPCS Facebook Page before or during the live chat, or you can tweet them to #AskDana.

Also, beginning today, fans will help choose which fighter they want to join Jon Jones, Cain Velasquez and Frankie Edgar on #TeamMetro by voting on MetroPCS’ #TeamMetro page at www.ufcteammetro.com.

Fans can cast their vote for one of four fighters vying for a spot on #TeamMetro: Brian Stann, Anthony Pettis, Carlos Condit and Urijah Faber. Voting ends November 30, and the newest member of #TeamMetro will be announced at FOX 5 Seattle on December 8.