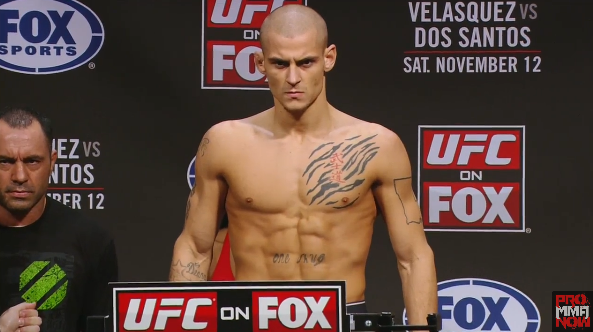 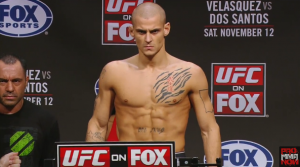 UFC officials have announced a featherweight bout for the TUF 16 Finale that’s set for December 15th in Las Vegas, Nevada.

TUF 12 winner Jonathan Brookins will take on Dustin Poirier in a bout where both fighters are looking to get back on the winning side of things.

Jonathan Brookins (13-5) is coming off a submission loss to Charles Oliveira at the TUF 15 Finale in June. Brookins won the “The Ultimate Fighter” show as a lightweight, but is (1-2) since returning to the featherweight division.

Dustin Poirier (12-2) is coming off a submission loss to Chung Sung Jung at the UFC on FUEL TV 2 event in May. That bout is a “Fight of the Year” candidate and the loss cost Poirier a potential title fight against Jose Aldo. Poirier had won four consecutive fights in the UFC since coming over from the WEC during the WEC/UFC merger.

The TUF 16 Finale will be headlined by a heavyweight bout between TUF 16 coaches Roy Nelson and Shane Carwin. The tentative fight card is below: