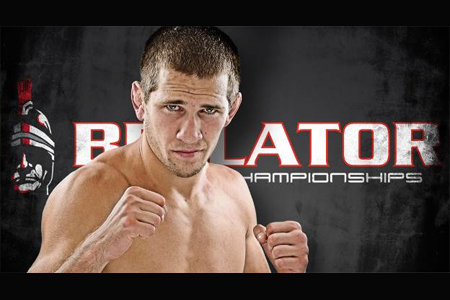 Rich Clementi vs. Alexander Sarnavskiy
Clementi was on a bit of a roll after participating on the fourth season of “The Ultimate Fighter.” Since 2011 that has mostly subsided. He has somewhat returned to his “show up, get paycheck” mentality, which is to say he should have been able to beat Chris Clements. With the exception of Doug Evans, Sarnavskiy has not fought anyone on this level. However, he has enough wrestling to keep the fight off the ground. On the feet this one is not much of a contest. Clementi has never been much of a striker, don’t forget he did lose to Shonie Carter, plus Sarnavskiy has a dynamic attack not normally seen in MMA. Look for Bellator’s so-called “number-one seed” to move on in this tournament.

Rene Nazare vs. Ricardo Tirloni
Nazare is normally able to get by with his submission game on the ground. However, when fighting experienced grapplers he is mostly lost. In a recent fight, he even struggled against Jacob Kirwan who is mostly a wrestler. Tirloni might be the best grappler that Nazare has ever fought. On top of that, Ataque Duplo product is a much better boxer. This might turn into a ground fight, but Tirloni will still have the advantage. Mann Talk considers this Brazilian to be the favorite in this field.

Marcin Held vs. Murad Machaev
Machaev is a bit of a head scratcher. Not only has he not fought anyone with name value, but the video on him is limited, not impressive and mostly Sambo. Held is an extremely slick grappler. Normally a ground fighter should be a huge favorite over a Sambo guy, but Held’s game is heavy on the leg locks. With that being said, the most likely outcome is still a quick submission for the Polish prospect. A lot of people are down on Held after his performance against Phillipe Nover, but remember he has Bellator champion Michael Chandler in all kinds of trouble early in the fight.

Dave Jansen vs. Magomed Saadulaev
The outcome of any Jansen fight becomes extremely obvious early. If he is able to get takedown, he will win and vice versa. Saadulaev is mostly an unknown. Arni Isaksson might have recently lost his “top prospect” reputation, but he still defeated Saddulaev pretty handily. Jansen is extremely tough to stop. On top of that, he is on a bit of a roll with three-straight submission victories. Look for “The Fugitive” to pick up a big win.