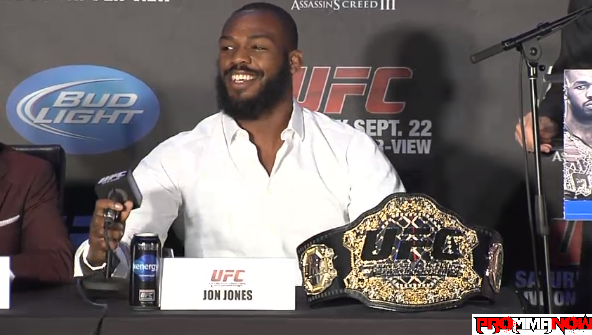 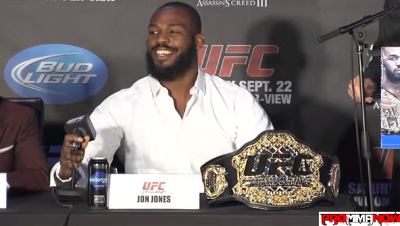 This April, at the conclusion of the next season of The Ultimate Fighter, UFC light heavyweight champion Jon Jones will defend his title against Chael Sonnen. It will be an exciting fight, that much is true. And putting Chael Sonnen in front of a camera for an hour every week for four months will undoubtedly be more than enough to generate some serious buzz. All of that is good and well, but let’s put aside all of the hype for a moment and parse this out for what it really is. What we have here is a middleweight, who is coming off of a loss and is 2-2 in his last four contests, being immediately given a chance at the light heavyweight title.

The minds behind UFC matchmaking have made it no secret that a superfight involving at least one of the current welterweight, middleweight, or light heavyweight champions is a priority for the coming calendar year, and the use of the Ultimate Fighter coaching format to make such a fight happen is perfectly legitimate. Between a rash of injury plagued cards over the summer months, and a series of emerging log-jams at the top of the 170, 185, and 205 lbs divisions, the notion of superfight match ups has become all the more attractive. From a numbers standpoint it makes sense; of the UFC’s top five pay-per-view draws, Georges St. Pierre, Anderson Silva, Jon Jones, Chael Sonnen, and Rashad Evans, four have had their names thrown into the mix for possible superfight meetings.

But these kind of sales-minded marquee contests do little to assuage the confusion many fans and fighters alike feel about the matchmaking and title contention process in the organization. This is by no means, a new development; you may recall a very vocal Jon Fitch coming out in September and saying that the promotion’s title fight match making ‘sucks’, and with the announcement of Jones vs. Sonnen however, these concerns show no signs of slowing any time soon. Just hours after the announcement of the contest Forrest Griffin took to the air on UFC Tonight and told host Ariel Helwani, “I’m not mad at [Chael]. Why fight your way to the top when you can talk your way to the top?”

As a fan of the sport, am I complaining about getting to see two of the world’s best go to war inside the Octagon? absolutely not. But, with this kind of dissension in the ranks and confusion on the part of fans as to where individual fighters stand within their respective divisions, Joe Silva and the rest of the matchmaking staff should be cautious to protect the integrity and legitimacy of their title belts.

We’ve already seen what money driven match ups have done to a fragmented and confusing boxing landscape, and we’ve seen where ‘freak fight’ matchmaking has landed many a defunct Japanese promotion (e.g. DREAM). I don’t mean to sound the alarm or cry out the downfall of the UFC’s division titles as we know them, but it’s a situation worth watching, especially as Anderson Silva has just dispatched another challenger and GSP returns to action next month.

As always, stay tuned to ProMMANow.com for all the latest UFC news, commentary, and analysis.

3 thoughts on “Jones vs. Sonnen and the state of UFC matchmaking”