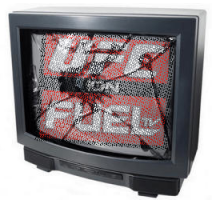 FUEL TV’s viewership continues to roll as the quarter that concluded on Sept. 30 was the network’s most-watched ever. In addition, FUEL TV recorded its ninth consecutive month and 40th straight week of audience growth in September, fueled mostly by the popularity of UFC programming.

The month of September was the highest rated ever for that month while being up 171% in total viewers and up 167% in the 18-49 male demographic for the same time frame. The month was fueled by the UFC on FUEL TV 5 event that was headlined by heavyweights Stefan Struve and Stipe Miocic which garnered 251,000 viewers total.

“As we enter into the fourth quarter of the year, we’re delighted that the ratings success we’ve had so far in 2012 continues,” said George Greenberg, Executive Vice President and General Manager, FUEL TV. “To string together nine months of ratings growth in the television business is an incredible feat. We’re grateful for our partnership with the UFC® and excited to have become the first place fans come to find live UFC® fights, weigh-ins, post-fight shows and live specials.”

It’s great that ratings are continuing their upward trend compared to last year. However, it’s very important to note that the distribution into more homes is what will ultimately determine if FUEL TV is successful in the future. The third quarter also included a free preview week for fans on select cable and satellite carriers which may have also boosted the numbers a bit.

Be sure to stay tuned to ProMMAnow (www.prommanow.com) for more UFC on FUEL TV news and coverage.